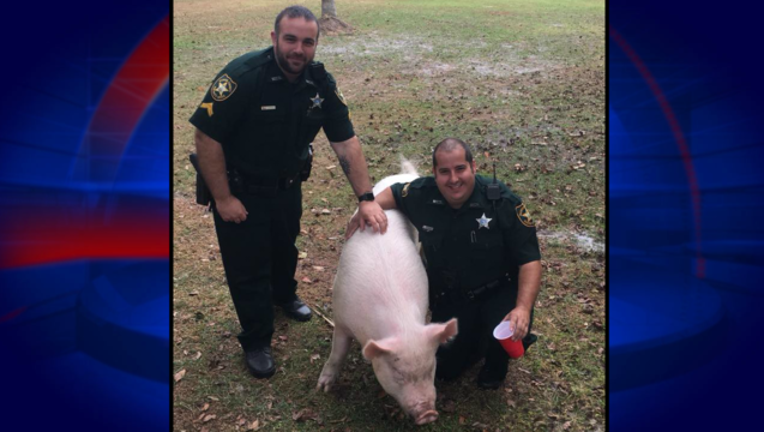 MARION COUNTY, Fla. (FOX 35 WOFL) - The Marion County Sheriff's Office shared via Facebook that two of their deputies captured a loose pig that was abandoned by his owner.

The post states that the deputies responded to a call Sunday morning for a loose pig.

Thankfully, they were reportedly able to capture the friendly guy and keep him from getting harmed in the roadway. He gladly accepted some food and followed them around like a puppy dog while waiting for animal control.

Neighbors told police that the pig's owner had abandoned him because he was fleeing from an arrest warrant.

Police hope the owner turns himself in and that Wilbur finds a home that will take good care of him.