HAINES CITY, Fla. - Haines City police arrested a couple they say attempted to run over a police K9 and his handler while fleeing, then broke into the mayor's home before they were apprehended.

When one of the suspects, identified as 31-year-old Matthew Swett, was alerted to the presence of the officer, he ran and jumped into his vehicle and drove directly at Officer Tucker's patrol car, which had its emergency lights activated.

K9 Officer Joseph Elam and his partner Cash were able to locate Swett's vehicle as it exited onto Old Polk City Road. After a short pursuit, police said the car ran into a ditch and stopped. 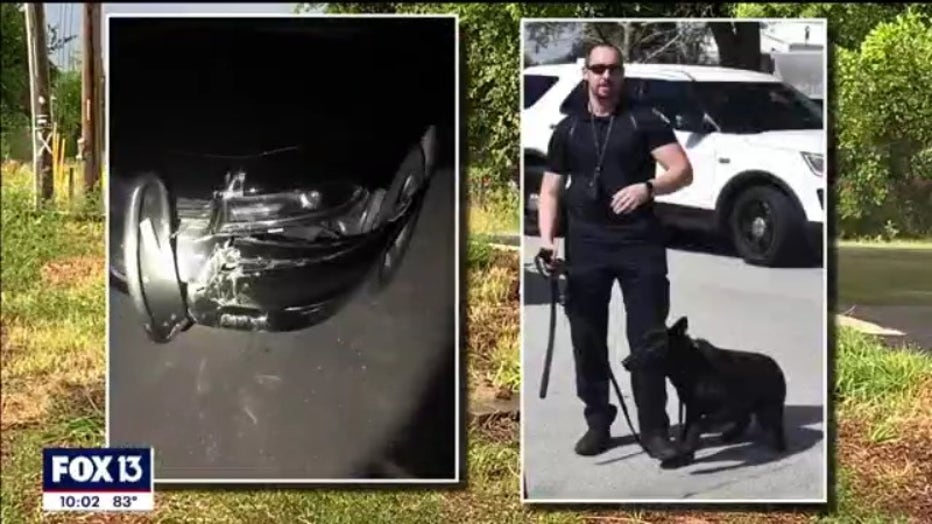 Officer Elam heard the doors open on Swett's car so he deployed Cash, who was on a leash, while giving the occupants of the car commands, which police said were ignored.

That's when investigators said Swett put his car in reverse and intentionally drove toward the officer and the K9, striking Cash. Officer Elam, seeing what was about to happen, managed to use the leash to pull Cash away from the accelerating vehicle and into his arms. The officer then ran with the dog to avoid being run over by the suspect. Police said the dog was not injured.

Swett crashed his car in the area of Prado Grande Avenue and Old Polk City Road. Police said he and 32-year-old passenger Kaila Ellig then exited the vehicle and ran into a wooded area.

Police said Swett and Ellig climbed over a fence in the Randa Ridge subdivision and cut a hole in a screened-in porch of a home belonging to Haines City Mayor Morris West.

"I observed several officers getting out of their vehicle and running down the side of my front yard," West said.  "A few minutes later I heard a lot of officers and a lot of commotion in the back of my residence." 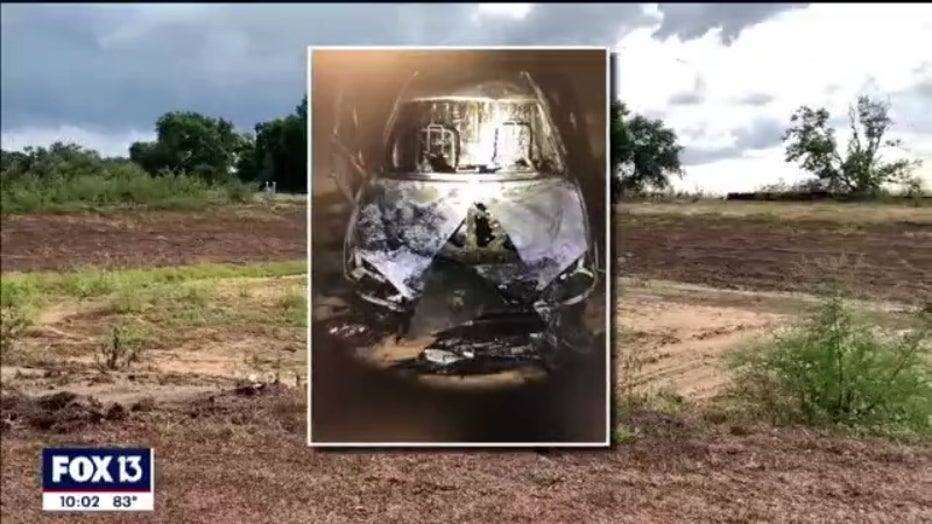 The aviation unit from the Osceola County Sheriff's Office could see Swett concealing an object in the front of his pants and notified officers and deputies on the ground.

Officer Justin Vasquez, Officer Elam and his K9 partner Cash were first to respond and ordered Swett to surrender, but said he refused, continually reaching into his waistband and ignoring commands to exit with his hands up.

Fearing further escalation, Elam directed Cash to apprehend Swett, who was bitten on the leg by the K9, allowing officers to take him into custody.

"I'm glad they were able to apprehend them before I was able to because I'm a licensed concealed weapon carrier and if one them moved inside of my residence I probably would have taken more action," explained West.

After his arrest, officers found a large, fixed blade knife in Swett's waistband. Investigators also found prescription drugs in Swett's possession, for which he had no prescription.

Police said Ellig cooperated and was arrested without further incident.

Swett was transported to the hospital for treatment of the dog bite, then released and taken to the Polk County jail. 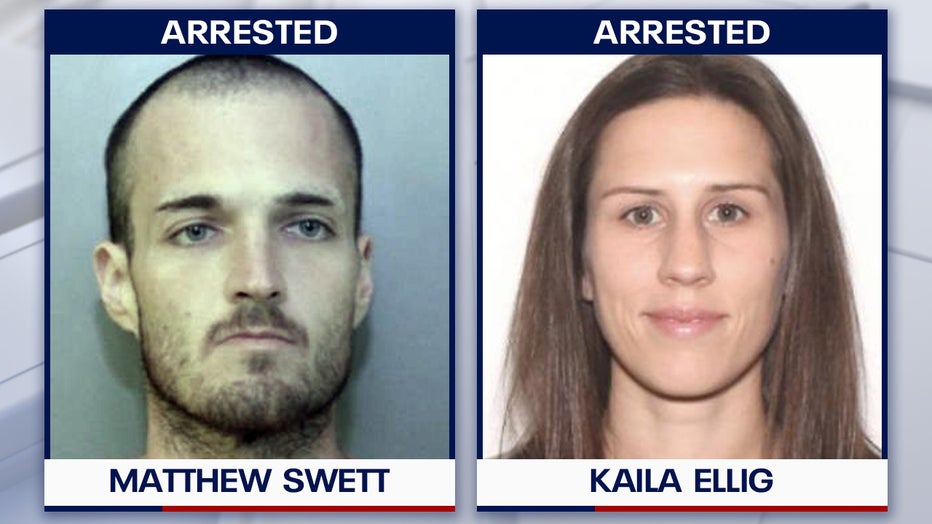 Neither the vehicle nor the tag were registered to either of the suspects. Swett has not had a valid driver's license since 2017, police said. His criminal history includes robbery, burglary, dealing in stolen property, as well as drug and driving offenses. Ellig has been charged in the past with grand theft, fraud and drug possession.

In this latest incident, Swett is charged with armed burglary, two counts of battery on a law enforcement officer, use of a deadly weapon on a police K9, fleeing to elude, leaving the scene of a crash, criminal mischief, driving on a suspended license, resisting arrest without violence, driving an unregistered vehicle, and possession of Buprenorphine.

Ellig is charged with burglary of an occupied structure and resisting arrest without violence.