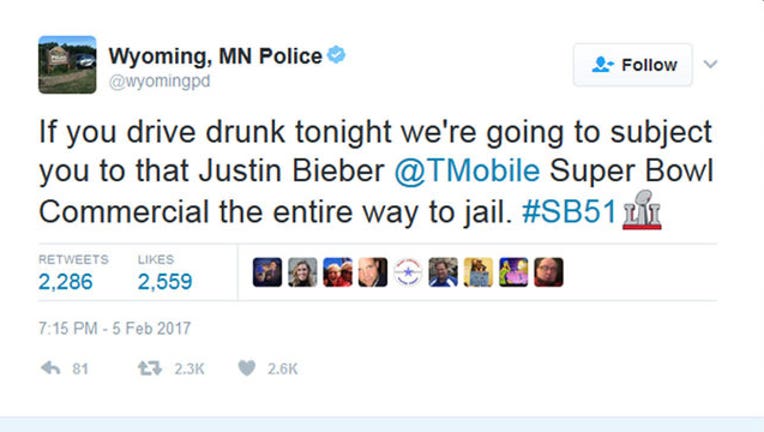 WYOMING, Minn. - A police department in Minnesota may have had the tweet of the night during the Super Bowl while also trying to send out a message to anyone thinking about driving home drunk after the game ends.

The Twitterverse chimed in about the police department's viral tweet.