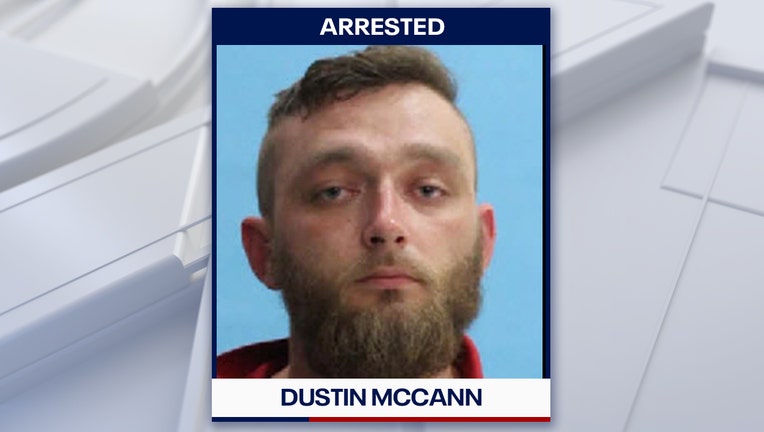 TAMPA, Fla. - Tampa police said a suspect was tracked down and arrested in DeSoto County after he yelled racial slurs at an African-American security guard and fired multiple gunshots outside a South Tampa bar.

Before 9 p.m. Monday, police responded to the SOHO Saloon on South Howard Avenue. During their investigation, they learned 30-year-old Dustin McCann was removed from the bar after repeatedly using the 'N-word" towards the security guard. He was escorted from the business.

Police said, according to witnesses, McCann entered his vehicle, which was parked across the street, drove away, and fired his weapon into the air while yelling, "White power."

An arrest warrant was obtained for McCann. On Tuesday night, Arcadia police assisted in arresting him. Officials did not say whether McCann lives in DeSoto County.

He faces charges of aggravated assault with a firearm and discharging a firearm from a motor vehicle.