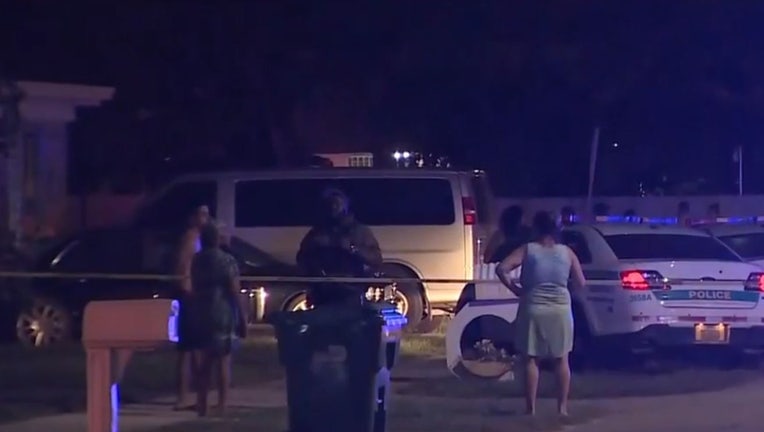 MIAMI - A Florida woman is facing multiple charges after police said she stabbed her husband and teenage daughter in their home near Miami.

Police were called to the home Monday night and found the man on the front lawn and the 16-year-old daughter at a neighbor's house. Inside the family's home they also found a 15-month-old girl with critical injuries. She was taken to a hospital where she died, Miami-Dade police Detective Alvaro Zabaleta told WSVN.

"Why this occurred, what led to this type of violence, to find out exactly how did the 15-month-old die -- we’re going to wait for the medical examiner to provide that report," Zabaleta said.

The 38-year-old mother also turned the knife on herself, and was taken to a hospital for treatment. Zabaleta told the Miami Herald the woman is facing "very serious criminal charges."

Her 38-year-old husband and teenage daughter were flown to Jackson Memorial Hospital for treatment, but the extent of their injuries was not immediately known.

Zabaleta told the Herald the couple had four other children under age 11 who all escaped without injuries.

The investigation is continuing.