BOWLING GREEN, Fla. - A Tampa man is walking free 30 years after being wrongly identified in a robbery case.

Tony Hopps' conviction was overturned by a judge Monday after an investigation by Hillsborough County State Attorney Andrew Warren found major problems with how the case was handled.

It’s a day more than three decades in the making and one Hopps and his family weren’t sure would come.

"It was just amazing because he gave a long embrace to his sister-in-law which is sort of emblematic of the long struggle he's had," Innocence Project of Florida executive director Seth Miller said.

Hopps was sentenced to life in prison for armed robbery. He was accused of holding up an elderly couple at the Tahitian Inn back in January 1990.

His conviction largely hinged on a photo line-up.

"The identification was incredibly flawed, both the way they prepared it, the way it was administered," Miller said.

In it, Hopps stood out as the only suspect pictured with a mustache, which matched the perpetrator's description. However, at the time of the crime, Hopps had a beard, which meant police had shown the victims a dated photo.

"That likely led to a misidentification. Secondly, there was other evidence that came out that corroborated an alibi that the suspect had which meant that it was impossible for him to be at the scene of the crime," Warren said. 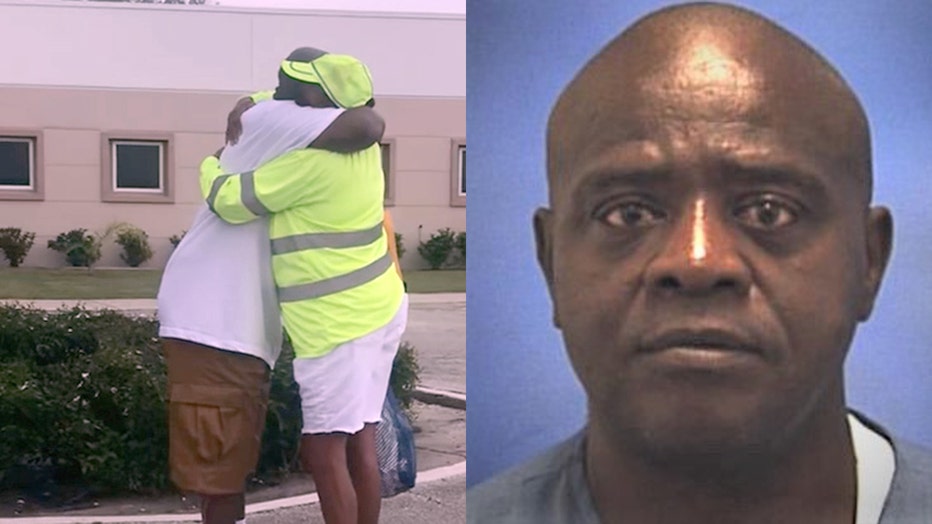 Warren and his team, including supervising attorney Teresa Hall, helped uncover the new evidence through the office's Conviction Review Unit, which is dedicated to finding and removing wrongful convictions.

"Now we can stand here today knowing that we've righted a wrong that stood on the books for over three decades," Warren said.

Since the unit began in 2018, they've reviewed 340 cases and overturned at least 21 convictions. Of those, Hopps is one of the defendants who served the most time.

Miller was there when Hopps walked free from the Hardee County Correctional Institution after 31 years behind bars.

"People are thrilled. He has a huge family. He's looking forward to seeing all of them and getting to reacquaint himself with his large family and being able to move on with his life," Miller said.