A Polk County K-9 celebrated his 6th birthday while recovering after being stabbed by a burglary suspect.

LAKELAND, Fla. - Vise, a K-9 with the Polk County Sheriff’s Office, celebrated his 6th birthday on April 2, days after he was repeatedly stabbed during an arrest.

According to the sheriff’s office, Vise was stabbed multiple times by a man accused of breaking into a home in Lakeland on March 28. The suspect later died of a cocaine overdose. 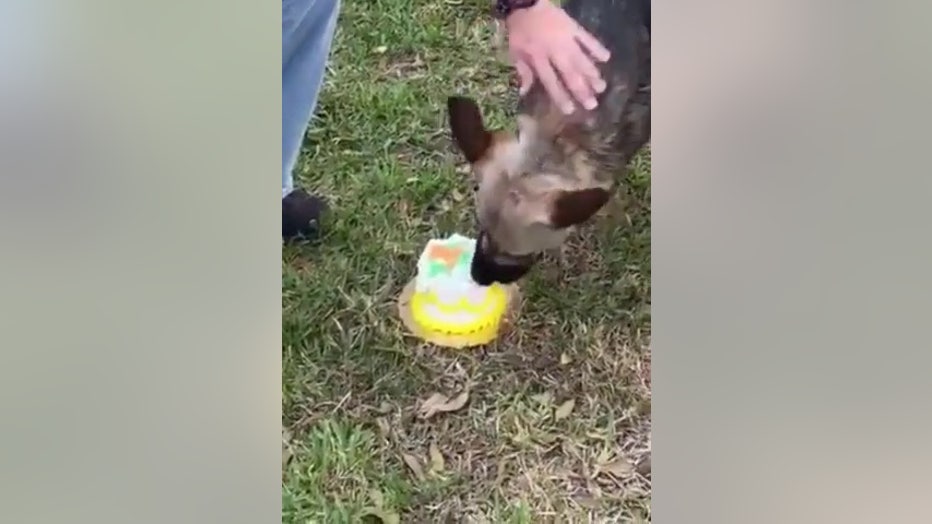 “We are grateful that Vise will make a full recovery and that Deputy Scott Cronin and the other two deputies weren’t more seriously injured in this violent attack. This felon was clearly in some sort of drug-induced rage, and preliminarily it appears he was suffering from excited delirium,” Polk County Sheriff Grady Judd said.

This video shows Deputy Cronin, Vise’s handler, giving him a birthday cake and serenading him with a song.