BARTOW, Fla. - The Polk County School district has removed 16 books from all public schools and is now forming committees to determine whether the works should be banned permanently.

During a school board work session this week, Superintendent Federick Heid said the books are being "quarantined" for the time being.

"The background is that several months ago we were provided an initial list of 52 books that a stakeholder group had found concerning or identified as concerning and potentially inappropriate that we that may or may not have been contained within our school libraries at that time," Heid explained. "[We] wanted to review the process with the board and also by virtue with our community and stakeholders."

County Citizens Defending Freedom is the group that initially contacted the school district. The group didn't respond to a request for an interview or comment, but in a statement posted online, wrote:

"The books identified by CCDF-USA imprint obscene, violent, pornographic, drug abuse, sexual abuse and suicide-related content upon the minds of minor students. The family values and virtues that shape a child should be and are developed in the home, and the content found in these books stands in opposition to those very core values."

READ: For descendants of those buried at erased Black cemeteries, work never stops to honor ancestry

Heid said, of the initial list of 52 books, County Citizens Defending Freedom noted 16 that may violate Florida law. The superintendent said the decision was made to pull those titles for the time being. 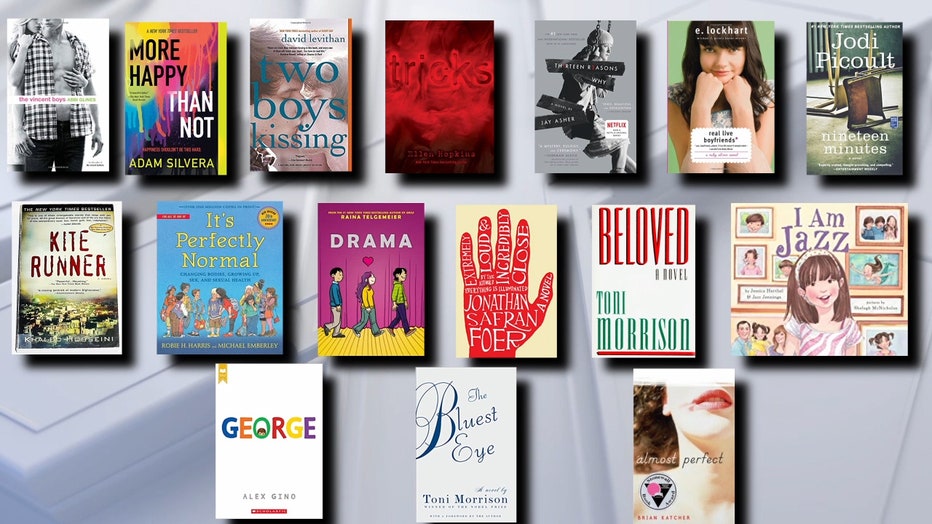 The district is now planning to form two committees to review the 16 books deemed questionable, which include novels about minorities, like Kite Runner and Beloved; books with LGBTQ themes, such as I am Jazz and Two Boys Kissing; 13 Reasons Why, which is a book about teen suicide; and the 9/11-themed novel, Extremely Loud and Incredibly Close.

Board member Lynn Wilson said he reviewed some of the passages in question.

"I read a handful and I had to stop," Wilson said. "I was saddened. It was disheartening. It was horrific, dehumanizing, defiling humans, and it was vile. The passages I read had that effect on me."

On the other hand, board member Sarah Fortney had concerns about removing the books during the review process.

"I'm all for parent choice of what their kids do and don't read," Fortney said. "What my thing is, we have all students, all kids, and it's kind of unfortunate that these titles are going to be not accessible."

Michelle Jarrett, President of the Florida Association of Media in Education, a group that includes hundreds of school librarians and staff, believes banning books risks long-term impacts on the students those works could have reached.

"It's important for kids to see themselves in what they're exposed to, but to also be exposed to things that are different from them. Because that's how we learn compassion," Jarrett said. "If I'm a student who's identifying as non-binary or identifying as LGBTQ, or even a student who's a person of color, if we remove those books, then they feel that they are not valued like they're not worthy of being written about because those books are not on the shelves."

Jarrett, who plans to be on one of the district's review committees, is concerned that the district may be taking a narrow-minded approach to the literature in question.

"We can never judge a book by the passages in a book. We always have to judge a book by its entirety," she said, adding it appears many of the works being reviewed deal with minorities or LGBTQ issues. "That's a great number of people that we are saying their stories don't matter. And I think that's where the big problem is."

The district is accepting applications for two review committees and can be found online here.

The committees will be made up of district administrators, educators, library and media specialists, parents, students, activists on both sides of the issue, and experts in several related fields.

The review process is expected to take up to 13 weeks.

The following is the full list of books to be reviewed: