LAKE WALES, Fla. - Two people in Polk County are accused of stealing the remains of four veterans, detectives said, and bringing them into a "religious shrine" inside a Lake Wales home where human skulls and other bones were found.

The suspects were identified as 43-year-old Brian Montalvo Tolentino of Davenport, and 39-year-old Juan Burgos Lopez of Lake Wales. According to a news release, the suspects used those remains in religious rituals inside the Timberlane Road home in Lake Wales.

The veterans’ remains were taken from the Edgewood Cemetery, located in Mount Dora, on Dec. 6.

"I think the whole thing is disturbing, just disturbing," offered Tonya Booth, who found the disturbed graves last month while walking with her daughter. 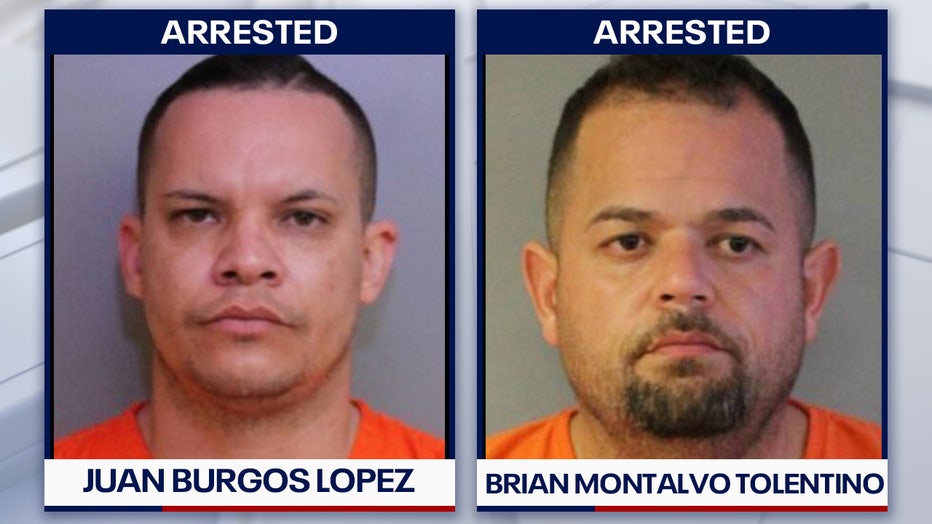 Lake County detectives said they were able to identify Tolentino from DNA samples on cigars left at the crime scene. On Jan. 6, they contacted the Polk County Sheriff’s Office, whose detectives obtained a search warrant for mouth swabs from Tolentino.

Then, Lake County detectives interviewed Tolentino, who confessed to going to the cemetery with Lopez. Officials said Tolentino told them Lopez used a crowbar to open the vaults and removed the heads of the deceased.

A Lake County mother and daughter were the ones who found four veterans' graves disturbed in the Edgewood Cemetery in Mount Dora, FOX 35's Robert Guaderrama reports.

In total, they removed four heads from the four graves and brought them to a shed at Lopez’s home in Lake Wales for "religious practices."

After Polk County detectives obtained a search warrant for Lopez’s home Thursday night, they said they found seven skulls, a hand, partial arm, and other large bones in what appeared to be a "religious shrine."

"They said the spirit is much stronger in a hero than it is in a normal person. Also, when you have the skull of a hero, the spirit is not only stronger; it can protect you from evil," Sheriff Grady Judd said, explaining why the duo allegedly targeted veterans’ graves. "They said that the spirits led them to the cemetery."

They said two skulls are fake, and detectives are working to identify the fifth.

Both were arrested on Lake County warrants and face several charges including disturbing the contents of a grave and abuse of a dead body.

"It's good that the families are getting justice. They deserve that," added Tonya Booth's daughter, Emma.

"It rips my heart out to think that the graves of these veterans, these heroes, were disturbed for the purpose of creating the palo shrine," Judd agreed. 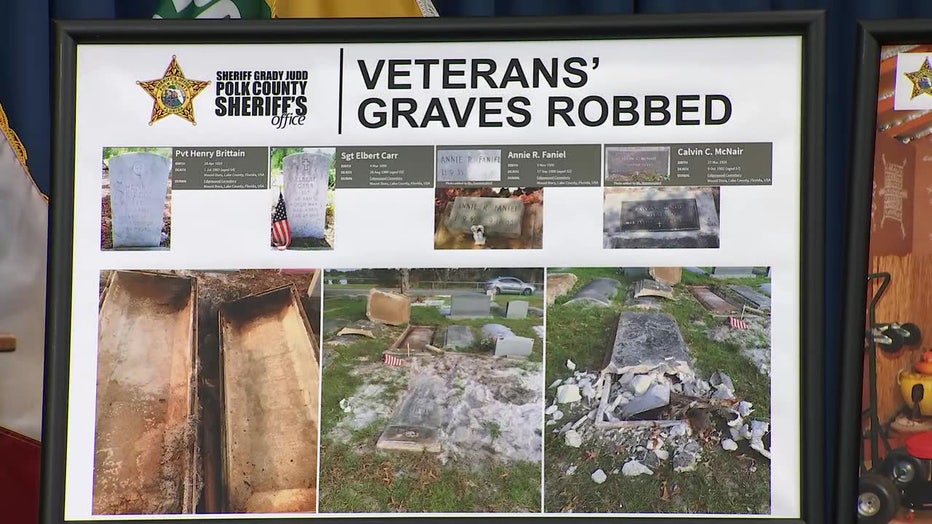 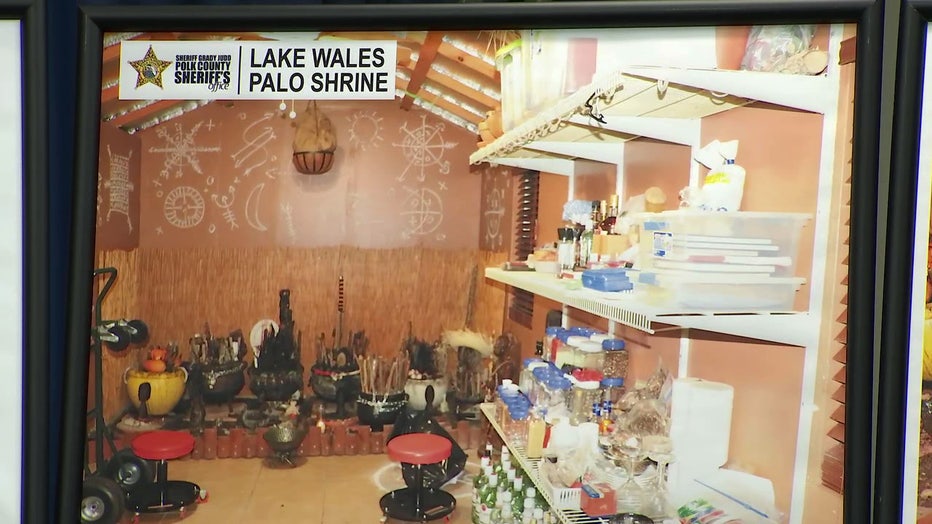 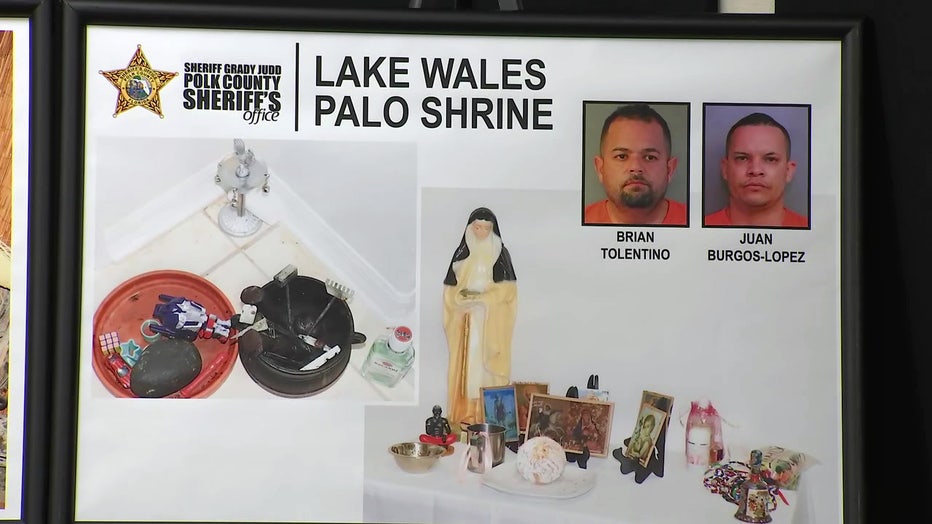