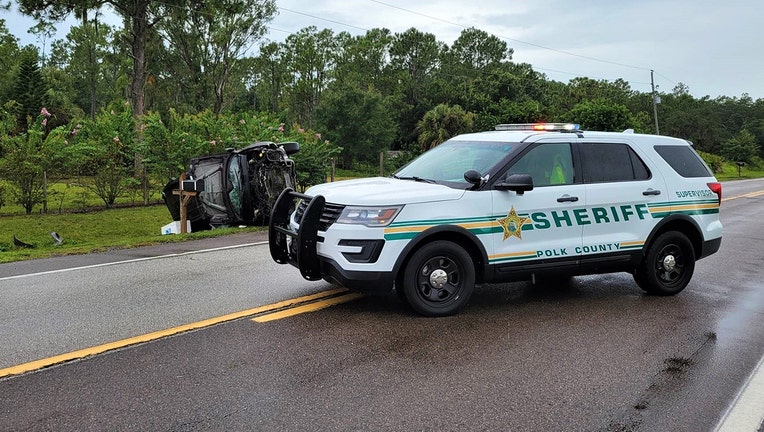 FROSTPROOF, Fla. - Polk County deputies said a teenage driver was trying to avoid a bird in the road when he swerved and crashed the SUV. His passenger died from her injuries, investigators said.

The crash occurred around 2:25 p.m. on U.S. Highway 98 West near Old Stokes Road in Frostproof. The only vehicle involved was the 2004 maroon Jeep Grand Cherokee.

Preliminary evidence shows the 17-year-old driver was heading east on U.S. 98 West. Investigators said he told them he swerved to avoid hitting a large bird in the road. The vehicle went off the south edge of the road, struck a concrete culvert, went airborne and hit the ground nose-first. Then it flipped several times, they said.

The teen driver was taken to AdventHealth Sebring. Deputies said the teen was wearing his seatbelt.

The adult female passenger was not wearing one, they said. The Sebring woman was taken to Lakeland Regional Health where she passed away. Deputies identified her as 45-year-old Mary Ruiz.

Deputies said they are continuing to investigate the crash.