DAVENPORT, Fla. - Polk County Sheriff Grady Judd credits a bulletproof vest, a St. Michael’s medallion and the "good Lord," for saving the life of a deputy who was shot in the chest Wednesday night.

This is the second time in eight days that a Polk County deputy was shot in the line of duty.

According to the sheriff's office, Deputy Tony Nunez was responding to a domestic situation Wednesday night in the Tanglewood Preserve subdivision in Davenport around 10 p.m. when the shooting occurred.

Judd says 41-year-old Gabriel Batista had been calling, texting and aggressively banging on the door of his estranged wife’s home, and she eventually called 911. Batista was gone by the time deputies arrived, but while they were interviewing his estranged wife, a child spotted him pulling up in front of the home.

When deputies approach Batista they ask to see his hands, but he refused. Batista backs around a patrol car and his vehicle with his hands behind his back. Judd said Deputy Nunez and Deputy Nicole Lyons tried to deescalate the situation, and at the same instant Deputy Lyons tried to Tase him, Batista opened fire. 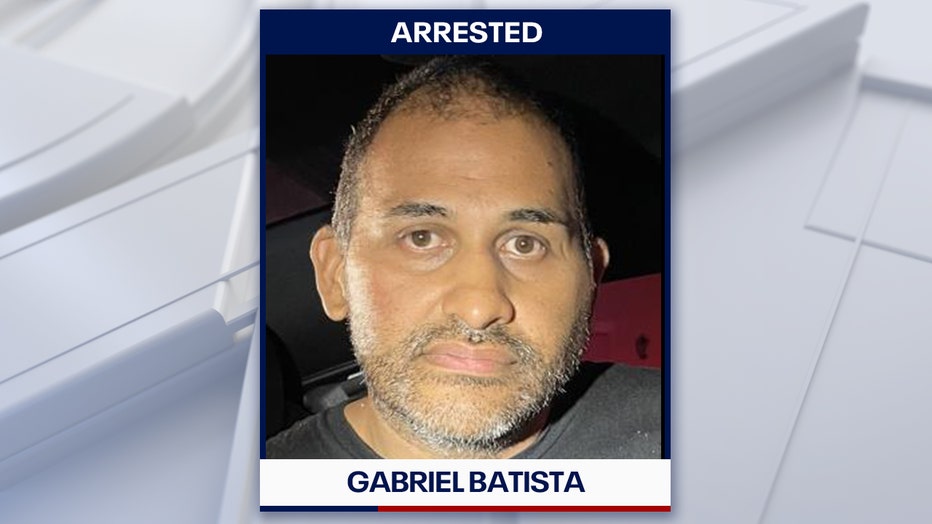 As Batista shot, Deputy Nunez responded by shooting back.

The suspect shot at Nunez six times, hitting him once in the center of the chest, according to Judd.

"It was a blessing because our deputy was wearing a bulletproof vest, and he was wearing St. Michael’s medallion that he says he never leaves home without," stated Judd. "As a result, he has a scuff mark on his chest, we believe is where the bullet struck through the vest to the St. Michael’s and that’s what caused the scratch."

According to Judd, Nunez only shot once because his gun jammed. He said there would be an investigation into why the gun jammed, but Judd says at this point in time the agency believes that when the deputy was shot in the chest, he began to fall back and when he was shot he wasn’t holding the gun stiff, so the recoil didn’t re-engage the firearm. 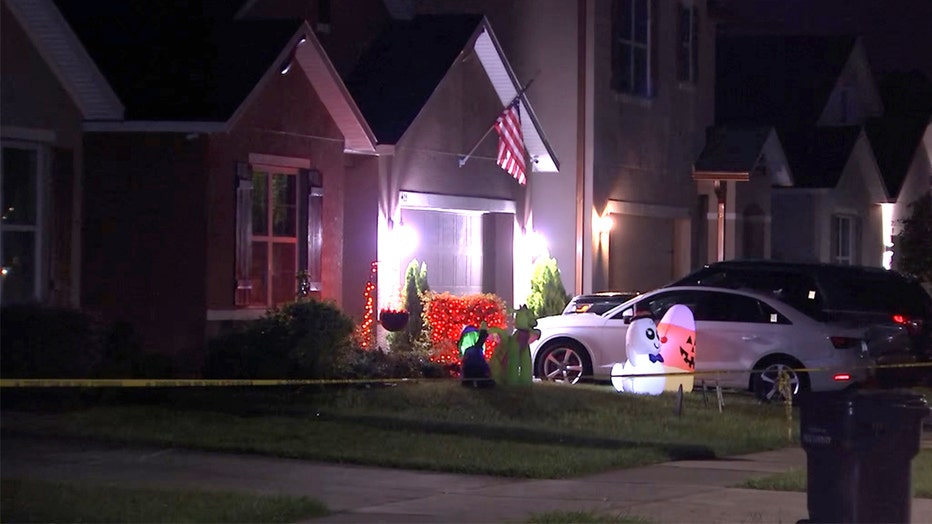 Scene in Davenport neighborhood where a deputy-involved shooting occurred. The deputy was shot in the chest but was wearing a bulletproof vest and is expected to be OK.

After the shooting, Batista surrendered and was taken into custody.

Judd says Batista confessed to the shooting and said, "Tell the deputy I’m sorry I tried to kill him."

However, Judd said he later learned that Batista told his family that the deputies would have to kill him via "second-hand" suicide.

"I’m sorry the gun jammed," Judd said. "He needed shooting a lot and we would have fulfilled his request and it would have been his last request. Now, our goal is to send him to prison for the rest of his life upon conviction."

Judd said Deputy Nunez was taken to an area hospital and released.

"That vest clearly and unequivocally saved his life. That was a dead-center shot to his heart and I believe that St. Michael and the good Lord had a lot to do with it because those other five rounds missed."

Batista has been charged with first-degree attempted murder.

"He's going to be charged appropriately," the sheriff added. "Our goal is, upon conviction, that he spends the rest of his life in prison for trying to murder my deputy who was simply standing in the gap between good and evil."

The shooting comes two days after the sheriff's office buried one of their deputies who died in the line of duty last week.

Polk County Sheriff Grady Judd said one of his deputies is lucky to be alive after a suspect aimed a gun at his chest and fired the weapon. The deputy was wearing a bulletproof vest and will be survive the encounter.

READ: Polk County deputy laid to rest after he was killed in the line of duty by friendly fire

On Oct. 4, Deputy Blane Lane was struck and killed by friendly fire as a team of deputies tried to arrest a drug suspect. That suspect, Cheryl Williams, is facing a second-degree murder charge in his death. 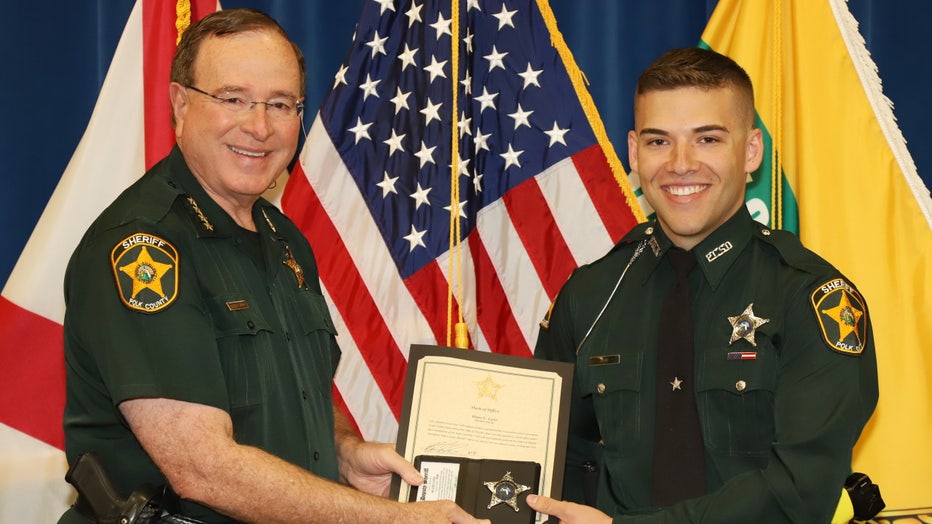 Sheriff Judd said Williams is responsible because she pointed a BB gun at the deputies, forcing them to open fire.