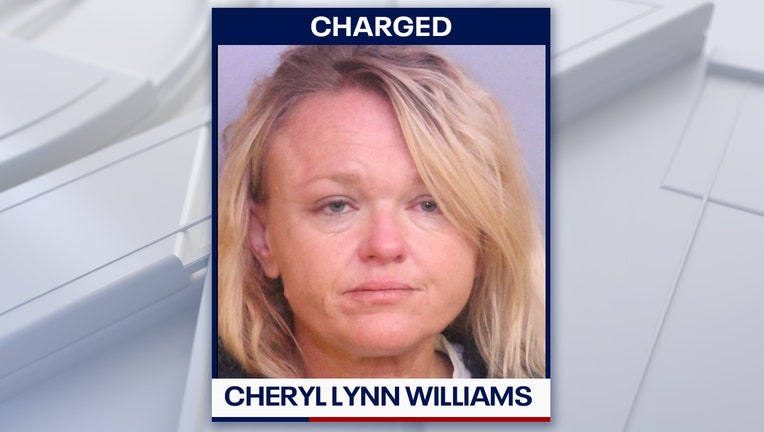 Photo is courtesy of the Polk County Sheriff's Office.

The Polk County Sheriff’s Office has charged 46-year-old Cheryl Lynn Williams with 13 felonies after Lane was killed in the line of duty on Tuesday morning.

According to PCSO, Lane was struck by friendly fire as a team of deputies tried to arrest Williams, a drug suspect, during the overnight hours in Polk City.

Sheriff Grady Judd said four deputies were serving a felony warrant around 2 a.m. on Foxtown South for Williams, who had an outstanding felony warrant for failure to appear on a possession of meth charge. Investigators said she has a criminal history that includes 11 felonies and four misdemeanors, and spent nine years in the Florida state prison.

Judd said, though it is early in the investigation, it appears two of the deputies opened fire. Williams was shot twice, but one of the rounds from the deputies' firearms also went through the wall of the trailer and hit Lane.

RELATED: Polk County deputy killed in line of duty had dreams of becoming the next sheriff

Lane was shot in the arm, and the round entered his chest. He was rushed to Lakeland Regional Hospital, where he passed away.

"When deputies arrived at this residence following up on a Crime Stoppers tip that Cheryl Williams was there with an active warrant, they gave her every opportunity to turn herself in. She made the choice to hide, and then to jump out while pointing a gun at them. Everyone in that house is a convicted felon with a criminal history, but all they had to do was cooperate, and this tragedy would never have occurred. Cheryl Williams would have been taken into custody peacefully, and would solely be facing her original failure to appear charge. Now she is responsible for the death of Deputy Lane, a young man who had his entire life ahead of him, eager to serve the people of Polk County while making a positive difference as a law enforcement officer," stated Polk County Sheriff Grady Judd.

The Mulberry High School graduate dreamed of becoming a law enforcement officer. A family friend told FOX 13 it was Deputy Lane's goal to one day take over for Sheriff Judd and become the head of the Polk County Sheriff's Office.

Mathis was additionally charged with possession of meth and possession of paraphernalia. Inside the home, detectives say they found a small plastic baggie in his bedroom with a substance that tested positive for meth, along with three boxes of ammunition. 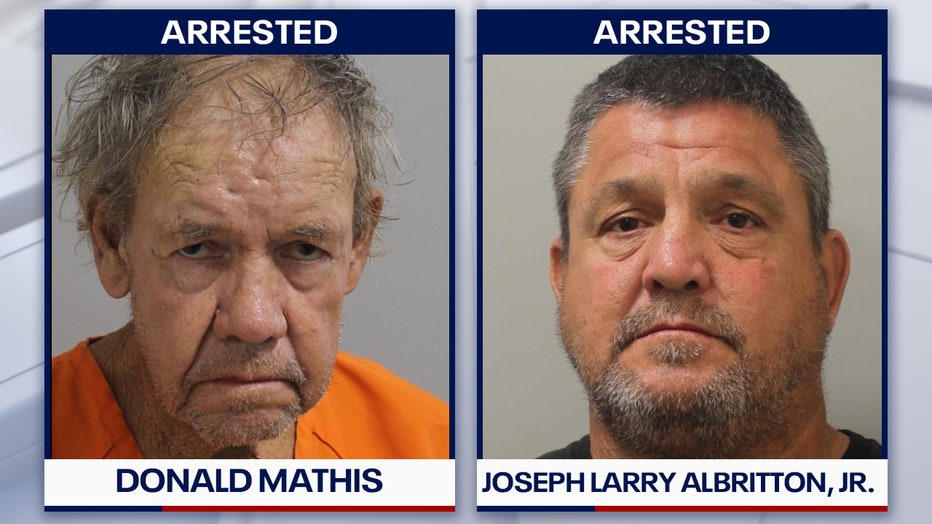 According to PCSO, Mathis' criminal history includes 13 felonies and 11 misdemeanors. He spent 1.5 years in state prison for cocaine possession. He's had numerous arrests since 1991, on charges such as possession of cocaine with intent to sell, grand theft, battery, DUI, and petit theft.

Albritton's criminal history, according to PCSO, includes eight felonies and 22 misdemeanors. Since 1986, he's been arrested several times, and charged with aggravated battery, battery domestic violence, resisting arrest, trespassing, DUI, possession of meth and marijuana, DWLSR, and tampering with a witness.

Loved ones and fellow law enforcement officers are mourning the loss of a 21-year-old Polk County deputy who was killed by gunfire from a fellow deputy's gun while serving a warrant in Polk City early Tuesday morning.

Investigators say Williams will be booked into the Polk County Jail after she is released from the hospital.