WINTER HAVEN, Fla. - Despite the intense scrutiny on law enforcement around the county, a police academy in Polk County has not seen a dropoff in the number of applicants.

“People who want to become law enforcement officers are encouraged more than ever to answer that call,” said Capt. T.J. Garcia, director of the Polk State Center for Public Safety. “They want to get it right.”

Garcia said George Floyd’s recent death at the hands of a Minneapolis police officer and other incidents involving law enforcement are frequent topics in class.

“They are not shaken,” Garcia told FOX 13. “They don’t stand by those who do wrong.” 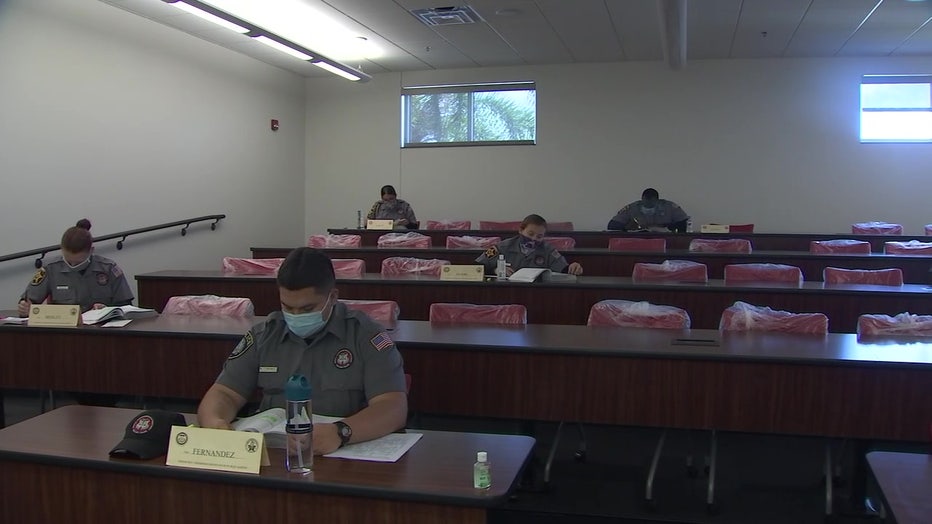 The academy is a joint venture between Polk State College and the Polk Sheriff’s Office, which determines the curriculum.

Polk Sheriff Grady Judd said the academy is already teaching many of the things that critics of law enforcement, like Black Lives Matter, are demanding.

RELATED: 'Morale is in the gutter:' Protests, accusations taking toll on law enforcement

Judd also commented on one of the most controversial issues since Floyd was killed.

"There is only one time when choke-holds are permitted, and that’s when your life is at risk,” Judd said.

Judd said other law enforcement agencies should follow suit, and tighten up their rules. Policies and procedures aside, Judd said there is a bottom line that all officers, whether they are recruits or veterans, should adhere to.

“You have to treat people like you want your mama treated,” Judd explained. “It’s that simple.”