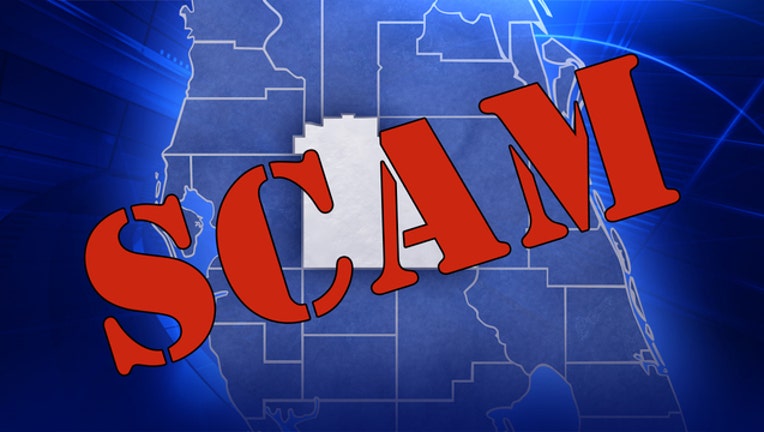 HAINES CITY (FOX 13) - Polk County deputies are warning residents of the return of the distraction burglary method after a Haines City couple’s home was burglarized.

On Tuesday, detectives responded to the home on Halabrin Road after a suspect arrived claiming to be a Duke Energy employee. The individual asked the husband and wife to exit their home to show them an issue outside, deputies said, and explained that Duke Energy would come the following day to complete some work.

After he left, the victims called Duke Energy and learned there was no scheduled work, deputies said. The victims searched their home and noticed a small safe containing valuables was missing, most likely stolen from at least one other suspect while they were outside with the fake Duke Energy worker.

The victims described the initial suspect as a Hispanic man between the ages of 35 and 40. He was seen driving a midsize white SUV with dark-tinted windows, and inside was a female driver.

"Unfortunately, this is the season for "Grinches," Polk County Sheriff Grady Judd said in a statement. “Folks, these criminals are smooth, so be leery of anyone who approaches your house and asks to get you outside. If something seems suspicious, call 9-1-1.”

Investigators say the distraction burglary trend occurred last year, but they have started to see the trend again. The method is described as a crime when a suspect arrives at a victim’s front door, posing as a surveyor, tree service employee, a utility worker, or some other employee in a similar service. The goal is to encourage the victim to exit the home.

Once outside, the suspect will update a second suspect on a cell phone or walkie-talkie giving a “signal” that the victims have left the house. Then, the cohort would enter the home and search for valuables.

Detectives advise residents to ask for identification and a phone number of their employer if someone approaches them. If the suspect realizes the distraction burglary tactic isn’t working, they may leave to find an “easier target.” If so, investigators ask for residents to get a picture of the suspect and vehicle, along with a tag number.

Anyone with information on the most recent burglary is asked to call the Polk County Sheriff’s Office at (863) 298-6200. Anonymous tips can be submitted to Crime Stoppers at 1-800-226-8477 or at heartlandcrimestoppers.com.