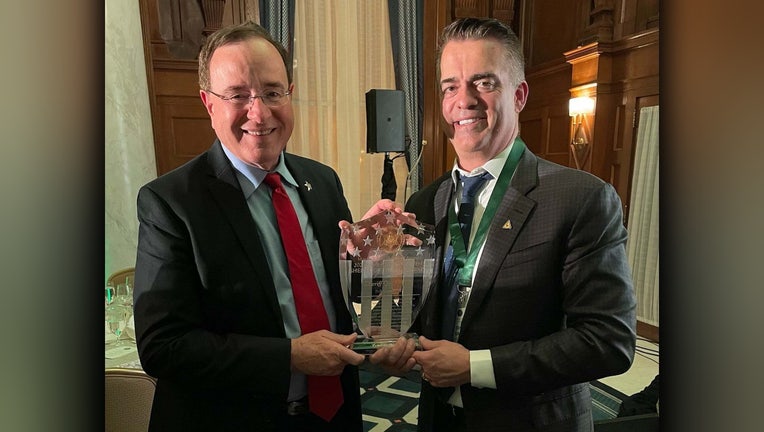 WINTER HAVEN, Fla. - Polk County Sheriff Grady Judd is a household name in the Bay Area, but now he's getting recognition on the national stage.

Judd was named "Sheriff of the Year" by the Major County Sheriffs of America (MCSA) at an awards ceremony in Washington, D.C. on Tuesday.

The award was presented to Judd for his "steady leadership, mentorship, and friendship at the helm of MCSA [which] gave this association a visionary foundation for growth to ‘Lead the Way’ in the profession of law enforcement."

RELATED: Sheriff Grady Judd: 'Don't listen to the politicians; get your vaccine'

It was the inaugural award named after Orange County, California Sheriff Sandra Hutchens, who served as the MCSA President during Judd's term as the association's vice president.

Hutchens passed away in 2021 after a long battle with breast cancer.

"I was humbled and honored to receive the very first Sheriff Sandra Hutchens MCSA Sheriff of the Year award at the MCSA conference in Washington, D.C. this week," Judd said in a statement. "I served with Sheriff Hutchens on the MCSA board. She was a consummate professional and she is dearly missed."

The MCSA is comprised of the 113 largest sheriff's offices in the country, representing counties or parishes with populations of 500,000 or more residents.