In a video posted on the Polk County Animal Services Facebook page, one especially adorable kitten leaps into his arms as he begins to plead with viewers to adopt.

Judd holds the kitten to his ear and says it's speaking to him. He relays the message.

"I want you to come adopt me, tomorrow, today, help, get me out of here, take me home," Judd says, in his best kitten voice, then asking the kitten, "Isn't that right?" 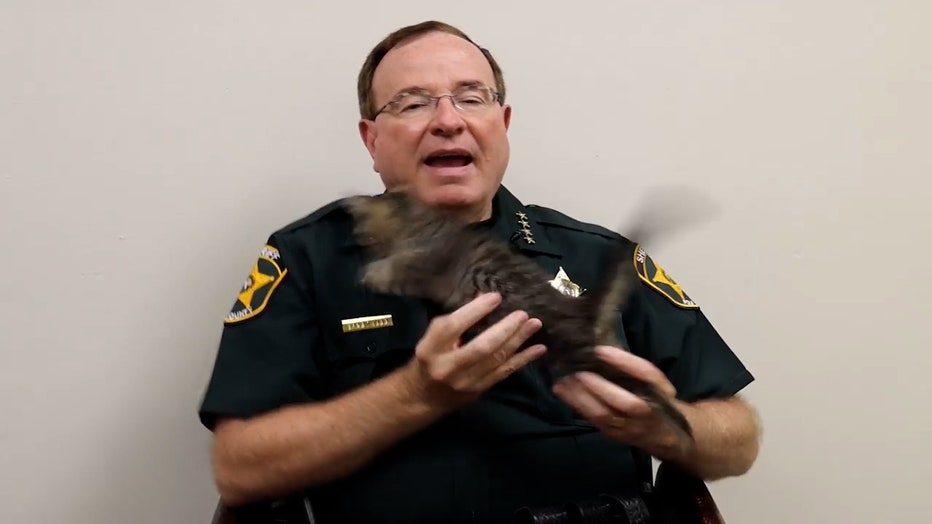 Meanwhile, the kitten seems to believe it's already found its new owner, clinging closely to Judd's chest and then giving him a boop on the nose.

"What better way to celebrate than by bringing home a new family pet, already sterilized, vaccinated, and microchipped. And even better, Polk County Animal Services currently has Free Adoption Saturdays – so visit us on a Saturday and your new furry friend is free!" the caption on the video post reads.

FOX 13 News reached out to the Polk County Sheriff's Office for comment on whether Judd is adopting the kitten.

A spokesperson responded, "Surely you cat be serious."

Sheriff Judd later said that he would adopt the cat but his wife is "highly, highly allergic to felines."