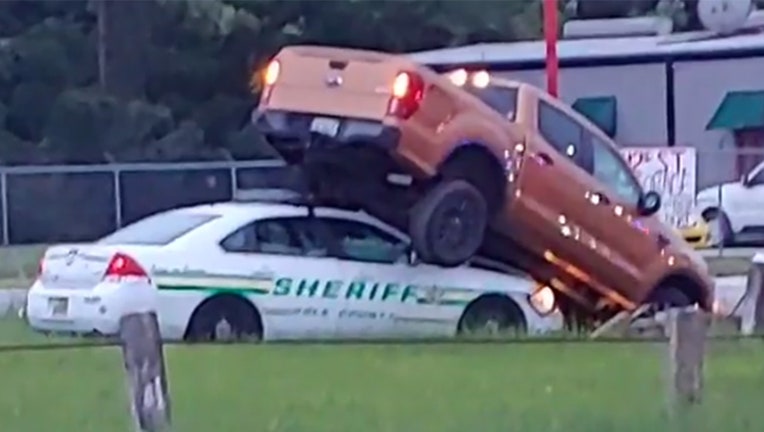 LAKE ALFRED, Fla. - While trying to flee, a suspect's truck ended up on top of a Polk County deputy's cruiser, according to the sheriff's office.

Deputies said, over the weekend, Lake Alfred police notified the agency that a suspect fled from a residential burglary. The suspect was identified as 25-year-old Austin Westgate.

"As everyone was RSVPing to Austin's capture party, an LAPD officer reported that Austin was seen hopping into a gold-colored pickup truck," read a post on the Polk County Sheriff's Office Facebook account.

Deputies said the attempted a trafficking stop in the Lynchburg area. The truck briefly stopped to let a woman out of the truck, and then drove away. 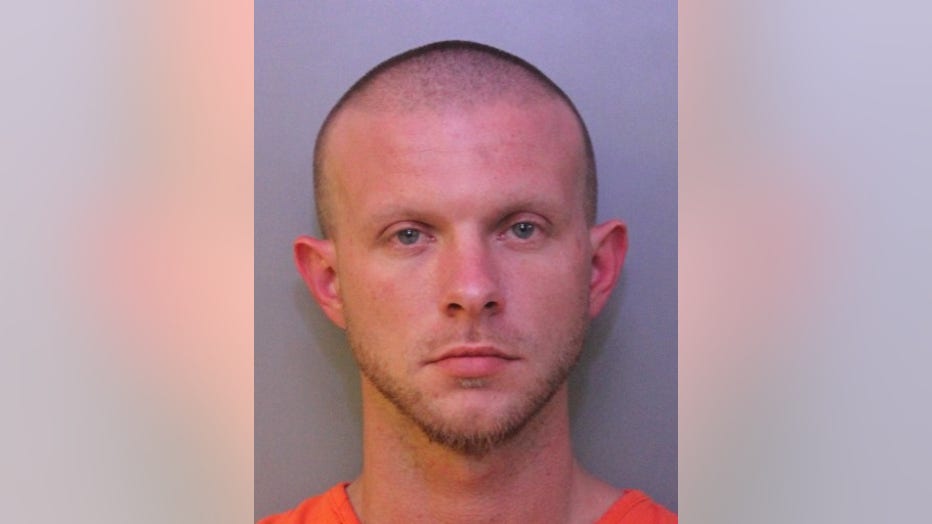 They said his "fleeing shenanigans continued into the Inwood area," where he sideswiped a vehicle and drove into two mailboxes. There were no injuries
Auburndale police used stop-sticks, but Westgate swerved out of the way.

However, he drove into a steel-support cable causing the rear of the truck to fly up and land on the front of a sheriff's office cruiser.

"Austin's getaway truck was finished, but Austin was not. He got out and ran as a K9 team pursued," the sheriff's office post read." Suddenly, it struck Austin. Not that he was making things worse by fleeing from the popo. What struck him was two prongs from another deputy's Taser that stopped him like....well, like a pickup truck that ran into steel cables."

Westgate was immediately arrested, deputies said. They said they later learned had a prior outstanding warrant for "drumroll please…fleeing to elude law enforcement."

They said he was served with the warrant, on top of additional charges while he fled from deputies over the weekend, "such as: Fleeing to Elude (The Sequel)" as well as drug possession and possessing a firearm as a felon.