LAKE ALFRED, Fla. - An ex-felon was repeatedly rejected when he tried to carjack several vehicles while fleeing a hit-and-run crash in Lake Alfred this morning, even getting sprayed with gasoline and leaping from an overpass during the escapade.

According to the Polk County Sheriff’s Office, it was around 7:45 a.m. when Christopher Hendrix crashed his truck near the S.R. 557 exit along on Interstate 4. He took off on foot towards a nearby Marathon gas station and tried to steal a Chevy Colorado that was parked at the pump.

The truck’s driver, though, doused him with gasoline from the pump when she saw what was happening.

That’s when Hendrix allegedly got into a van parked nearby, but the van’s owner – a concealed weapons permit holder – drew his own handgun and chased Hendrix off.

'These folks form Polk County, Florida, were not in the mood to have their car jacked or stolen from them this morning,' the sheriff said.

Hendrix ran down Route 557 and jumped from the overpass onto I-4 below, forcing a box truck to slam on its brakes to avoid hitting him; the box truck was then rear-ended by semi-truck.

When a passing pickup truck driver stopped to help, deputies say Hendrix tried to get into that truck but was thwarted by locked doors. He allegedly ran across the interstate and got into the passenger seat of a Chevy Equinox whose driver had also stopped to help. 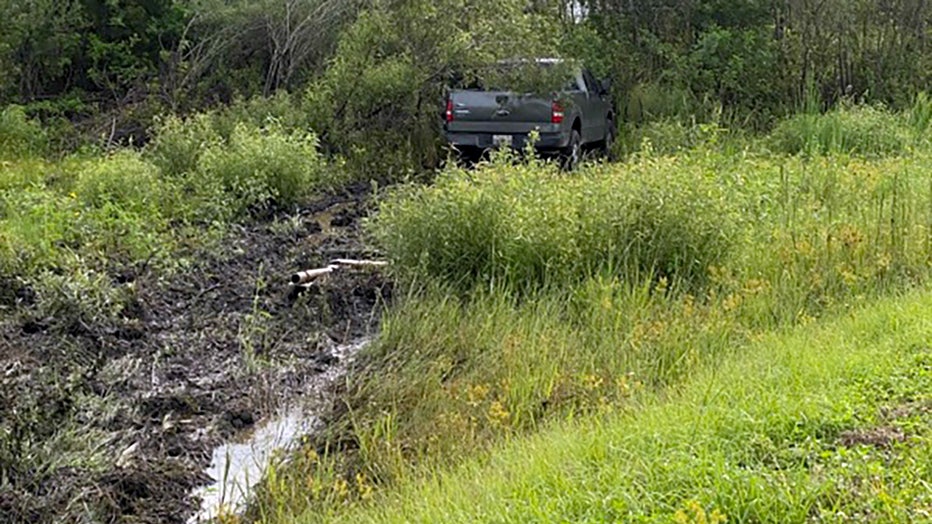 Hendrix's truck at the initial crash scene, which is under investigation by FHP.

That driver yanked the keys out of his ignition and jumped out of the car, leaving Hendrix stranded as deputies arrived on the scene.

After his arrest, deputies say Hendrix he kicked out the rear window of a PCSO patrol car and tried –unsuccessfully – to escape. 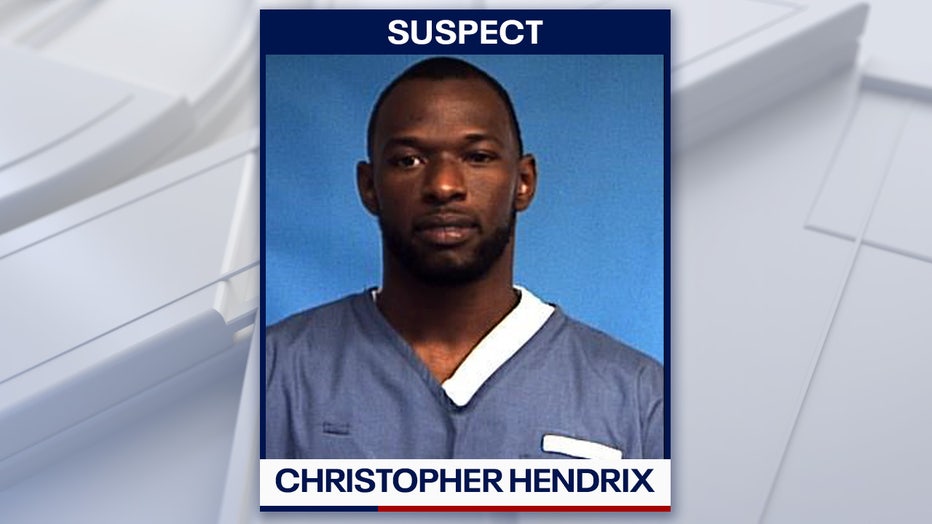 “You know what’s really good about Polk County? We fight back. We fight back against criminals. We have concealed firearms and even the lady who didn’t have a firearm had a gas hose to fight back.”

The sheriff says Hendrix has several previous arrests, including a charge of attempted murder, and spent eight years in prison for aggravated battery with a deadly weapon.

“I have no idea what this guy was thinking, but it’s obvious he has five brain cells and three of them weren’t working,” Sheriff Judd added. “Our goal is to send him back to state prison for an extended period of time because it’s painfully obvious that the community is not safe when he is at large.”

At Friday's press conference, another reporter asked Sheriff Grady Judd why he and his staff do not wear masks. He declined to answer the question but had a message of support for the president.