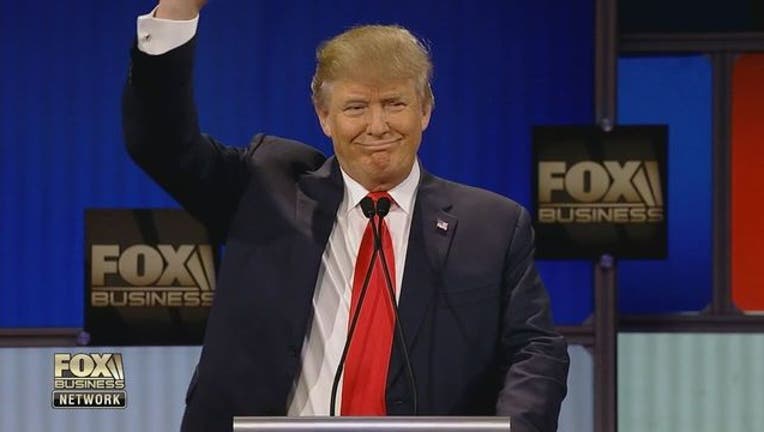 TAMPA (FOX 13) - A post-debate survey conducted for FOX 13 shows Donald Trump holding a 12-point lead over Ted Cruz in the Sunshine State.  Jeb Bush and Marco Rubio are in a tight battle for third.

The survey of 838 likely Florida primary voters was conducted Sunday, January 17 by IVR phone and mobile devices by OpinionSavvy in conjunction with InsiderAdvantage. The survey has a margin of error of 3.3 percent. It is weighted for age, race, and gender.

The poll shows deep support for Trump, who leads both in every age group and in every category of ideology. He leads among respondents who say they are very conservative, conservative, moderate, and liberal. This may be in part due to the huge number of Florida GOP voters who watched the recent debate on FOX Business Network.

Nearly 70 percent of those polled said they watched the debate and of those who viewed it nearly 37 percent declared Trump the winner. Cruz came in second at 25 percent and Rubio in third at 17 percent.

These races remain very fluid, but for the moment, Florida's results are very similar to those of our poll released this weekend of South Carolina likely GOP voters, where Trump enjoyed virtually the same lead that he has in this poll of Florida Republicans.

It should be noted that the two candidates from Florida are pulling a combined 25 percent of the vote, which suggests that if one of them takes a solid lead of the other in earlier states, that candidate might be a significant player in the Florida primary.