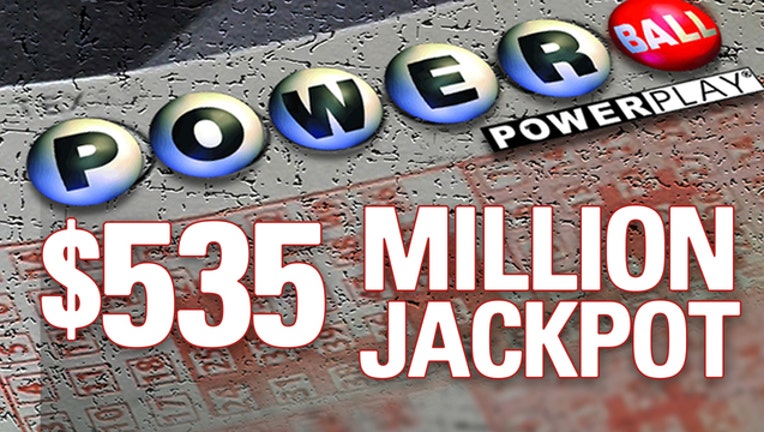 DES MOINES, Iowa (AP) - Powerball players will hold their breath as numbers are drawn for one of the nation's biggest lottery jackpots.

The numbers for an estimated $535 million jackpot will be drawn Saturday at 10:59 p.m. Eastern time.

The prize has grown so large because no one has matched all six balls in more than two months, so the jackpot has grown after every drawing. The prize now ranks as the eighth largest in U.S. heighth-largest

ds of winning the giant prize is one in 292.2 million.

Powerball is played in 44 states as well as Washington, D.C., Puerto Rico and the U.S. Virgin Islands.

The $535 million jackpot is the annuity option, paid over 29 years. A winner who opts for a cash payout would get $340.1 million, minus taxes.