TAMPA, Fla. - Come Halloween night, a billion dollars will be on the line.

"I mean a billion, a few billion that sounds worthy of buying a ticket even just for a chance," said Powerball ticket holder Morgan Mitchell.

Saturday's drawing didn't yield any winners to claim the $825 million jackpot. Powerball released a statement late Sunday, confirming the jackpot will reach an estimated $1 billion before Monday night's drawing with a lump sum payment of $498 million.

"Someone winning up north might end up with only 20 to 25% of this lump sum," Attorney Kurt Panouses said.

READ: US mortgage rates rise above 7% for the first time since 2002

Panouses said taxes, record inflation, and current interest rates will all have a major impact on how much the winner takes home. Over the years, he's represented more than 40 of them including 3 who've claimed a prize of $500 million dollars or more. 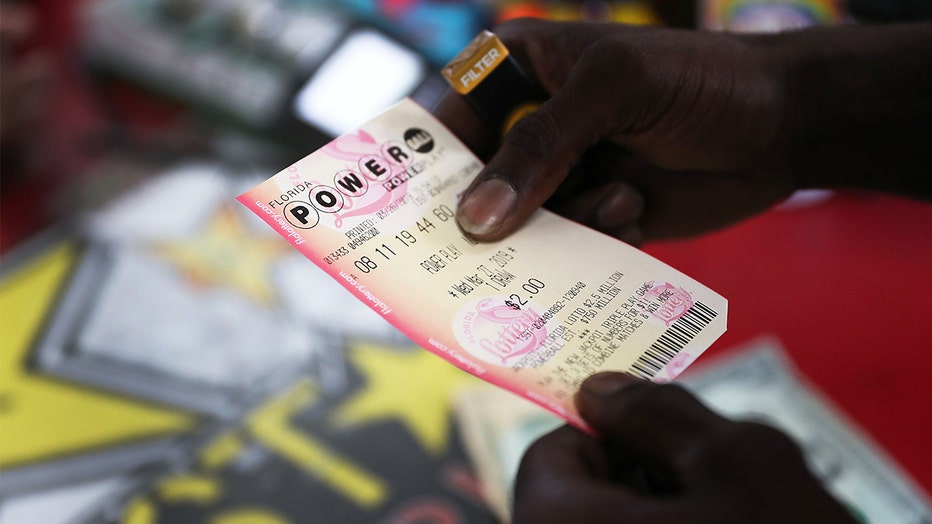 A customer holds a Powerball ticket at the Shell Gateway store in Boynton Beach, Florida. (Photo by Joe Raedle/Getty Images)

He explained that most all winners want to stay anonymous which is why he says if you do win he recommends against signing the back of the ticket right away because it could impact how your information is released to the public.

"If a client comes to me, and they have a ticket that's unsigned on the back, I can really paint whatever picture they want and keep them anonymous all the way through the process. So that's really what my recommendation is, is to not sign the back of the ticket, just make a good copy of the back of the ticket, put it in a safe place," Panouses said.

The odds of winning the jackpot? 1 in 292 million.

The Powerball drawing will be Monday night.