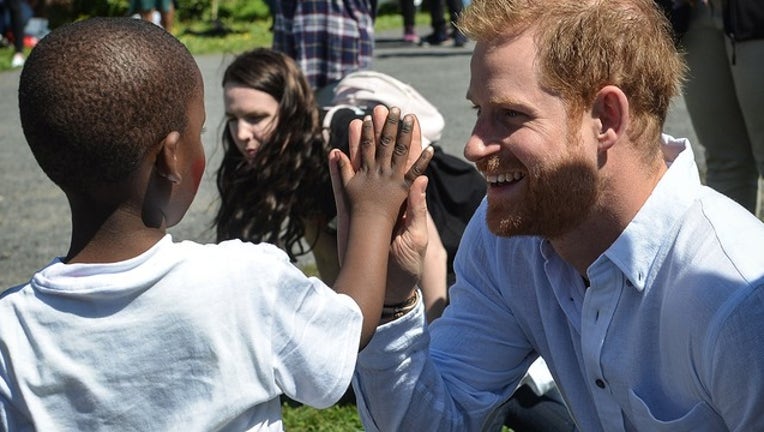 FOX NEWS - Prince Harry is determined to keep the legacy of his late mother alive.

The 35-year-old arrived in South Africa with his wife Meghan Markle, 38, and their 4-month-old son Archie for the first day of their official 10-day tour.

The Daily Mail reported on Monday the British royal will visit the Huambo Orthopedic Centre in Angola which Princess Diana of Wales toured in 1997 at age 36 before her death.

According to the outlet, Harry will make the special visit on Friday to reopen it after it was named in her honor following a revamp.

“This is all about wanting to fulfill his mother’s legacy,” a source close to the palace told the outlet. “This tour will see the Duke and Duchess go back to basics, using their profile in the right way to highlight causes they are both passionate about.”

“In a particularly significant and poignant journey, the Duke of Sussex will have the opportunity to return to Angola to see first-hand the legacy of his mother the late Diana, Princess of Wales, whose visit to Huambo in 1997 helped raise awareness of the threat posed by land mines to communities and livelihoods,” added Harry’s private secretary Samantha Cohen.

“The work of the late princess and commitment to this issue changed global opinion,” she continued. “Now, more than two decades later, humanitarian de-mining work continues and the Angolan government has made a significant financial commitment to clearing land mines from another large area important for the conservation of Angola’s unique ecosystem.”

The outlet shared that in January 1997 Diana famously walked through a landmine minefield that was being cleared by the charity Halo Trust in Huambo to highlight the plight of those maimed by military munitions. Her campaign for a global ban on mine led to the Anti-Personnel Mine Ban Convention being introduced later that year.

The Duke and Duchess of Sussex are visiting Africa from Sept. 23 to Oct. 2. Markle and Archie will spend the duration in South Africa while Harry will tour Angola, Malawi and Botswana before reuniting with them in Johannesburg.

“The Duke of Sussex’s love for Africa is well known,” said a Buckingham Palace spokeswoman. “He first visited the continent at the age of 13 and more than two decades later, the people, culture, wildlife and resilient communities continue to inspire and motivate him every day.”

In August of this year, the royal couple shared an inspirational quote from Diana on their joint Instagram account.

“Carry out a random act of kindness, with no expectation of reward, safe in the knowledge that one day someone might do the same for you,” read the quote, which was featured on a blue background with the royal couple's monogram.

Although the post marks the first time Meghan and Harry have mentioned Diana by name on social media, the pair did include a special nod to her in a picture they shared of baby Archie on Mother's Day, according to People magazine.

Diana's favorite flower, forget-me-nots, were pictured in the background of the photograph.

In 2017, Harry called his late mother his "ideal role model."

"I think she had a lot in common with everybody but also she certainly listened in a very, very short space of time," Harry said at the time.

"In society, we suffer from this illusion or this reality where some problems get so big that nobody wants to get involved. She was the one that changed that," he continued. “I will always look up to her as being my ideal role model.”