Tuesday was the fourth day of protests in Tampa after more than a week of nationwide outrage over the alleged murder of George Floyd at the hands of a Minneapolis police officer.

By about 5 p.m., the crowd downtown had grown and they began to march down Kennedy Boulevard.

Police closed several sections of the road as they walked in order to keep them safe and snarling rush-hour traffic in the process. 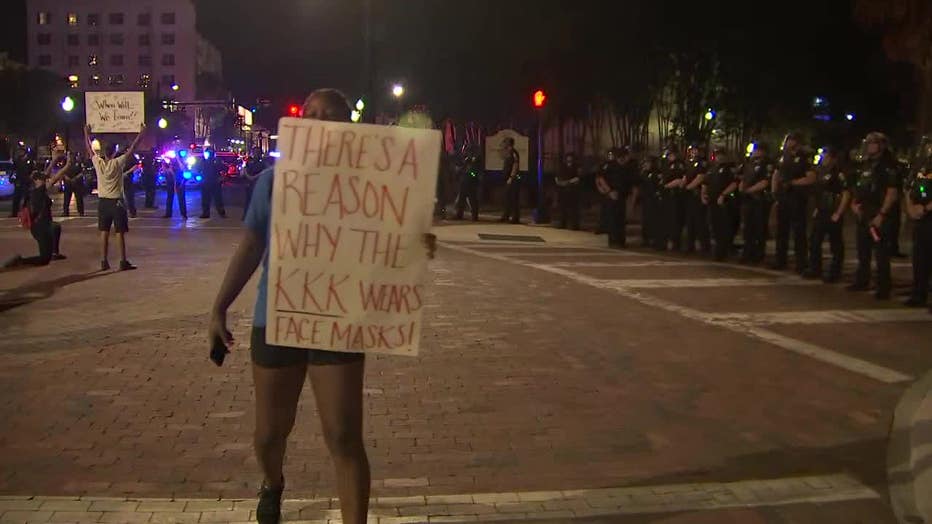 Officers on bicycles and in cruisers followed the protesters nearly a mile out of downtown to right outside the FOX 13 News studios, where the protesters sat down in the middle of the street.

Some individuals from the crowd stood in front of the group to tell their story, to talk about how racial inequity has impacted their lives, and to call on government officials to "de-militarize" police forces.

When a crowd of protesters gathered in downtown Tampa, Mayor Jane Castor tried to talk with them. While some seemed receptive, most chose to shout until she left.

There was no nightly curfew in Tampa Tuesday. The city decided to lift the 7:30 curfew, which had been in place since Sunday.

After 7 p.m., the protests moved back into downtown, where police in riot gear lined the streets.

Demonstrators stood outside Franklin Manor and yelled "no justice, no peace." Some protesters sat in the middle of the roadway, defying requests from officers to move.

By 10 p.m., many of the protesters had gone dispersed. Overall, the evening appeared free of violence. 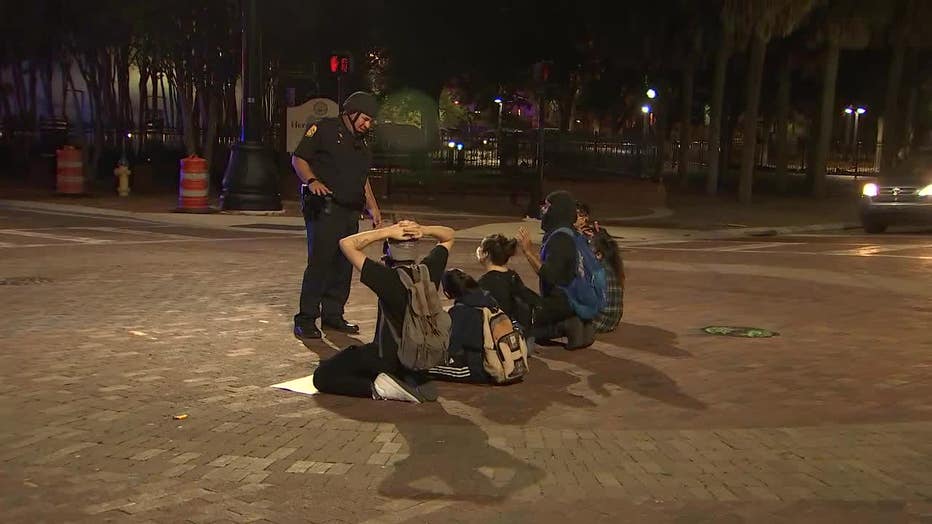