TAMPA, Fla. - A push to change a controversial high school mascot led to a heated Hillsborough County School Board meeting Tuesday night. People on both sides weighed in on whether Chamberlain High School should drop the "Chiefs" as their mascot and adopt something else.

In a 5 to 1 vote, the school board voted to approve the change. It's not at all what the dozens of alumni who showed up to speak wanted to see, but supporters of the change say the current student body feels it's time for something new.

"I'm extremely upset that Chamberlain High School is about to lose their chief," one speaker said. 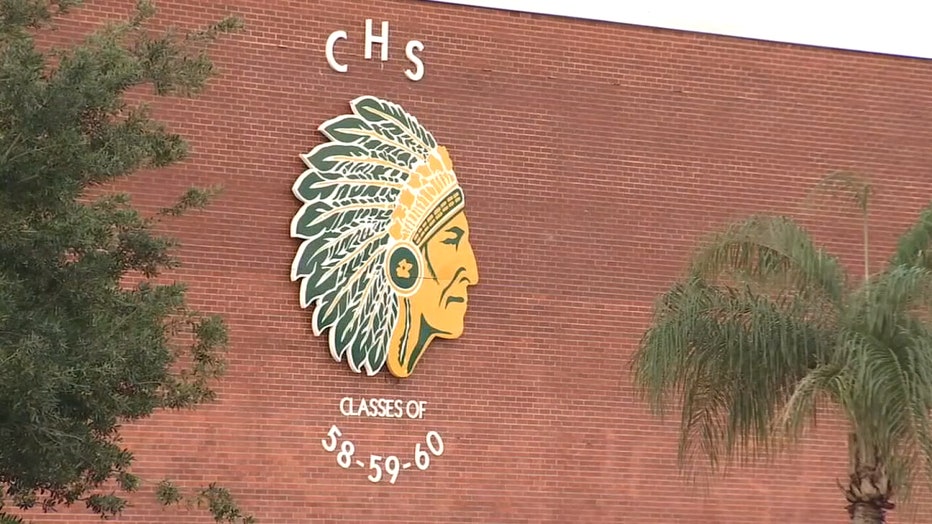 All but one Hillsborough County School board member voted to approve the process to change the Chamberlain High School mascot from the "Chiefs" to something new.

"These mascots are teaching stereotypical, misleading and often insulting images of indigenous people," another speaker said.

MORE: 8 candidates vie for 3 seats on Hillsborough County School Board

The Title VI Native American Parent Advisory Council requested the change. As a result, Chamberlain High's Student Government Association were tasked with investigating the problem. The SGA consulted with Native American groups, spoke with past alumni and surveyed students.

"Tell us in any way how the term chief is pejorative in a single manner. It is nothing but a symbol of pride. It's a symbol of integrity of character. It's used for the chief of police. The chief executive," one person opposing the change said.

Of the 418 students polled, 58 percent said they believed the mascot and past traditions were offensive.

"Chief is a title. The man is correct, but when you label it to an Indian head. That's disrespect," another person in favor of the change said.

Mayor Jane Castor who's a graduate of Chamberlain High School shared her thoughts on the change at an affordable housing event Tuesday afternoon prior to the board meeting.

The district estimates it'll cost about $50,000 to make the necessary changes to any signage or imagery at the school as well as pay for new sports teams uniforms. The principal says they're planning to raise the $50,000, so the changes won't be any cost to the district.

Inside the school, they're still planning to have some sort of display case with an Indian chief head to commemorate the changes and the school's history. The principal says the student body will pick a new mascot once they return in the fall.