TAMPA, Fla. - Florida is ranked number-one worldwide for invasive species, which include many reptiles that range from small lizards to the very long Burmese python. One man’s unique approach to hunting the invasive species may change how we hunt these swamp predators.

Professional trapper Mike Kimmel, also known as the ‘python cowboy,’ discovered by chance that one of his hunting dogs was a natural at finding these pythons.

After three luckless days of hunting in South Florida, Kimmel decided to let his dog ‘Moose’ take a shot.

That first day, Moose found two pythons. Kimmel knew he was on something.

Ever since then, they’ve been the perfect team. 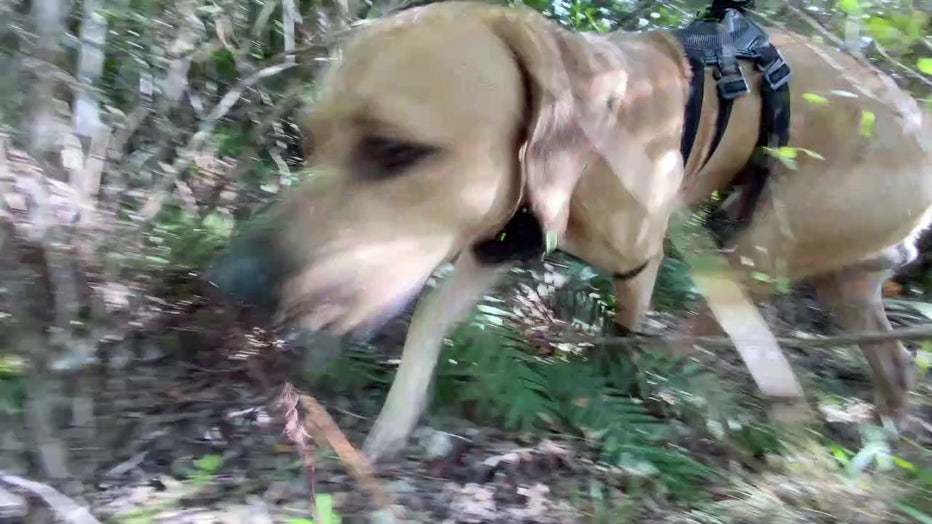 While Kimmel keeps Moose close, Moose keeps his nose close to the ground, looking for the scent trail that will lead him to the pythons.

"When he finds that python, he stops, locks in on it, and actually points his nose at the python kind of like a bird dog," Kimmel explained. "That’s when I know it’s time for me to go in, go hands-on with the python, and get it out of the ecosystem." 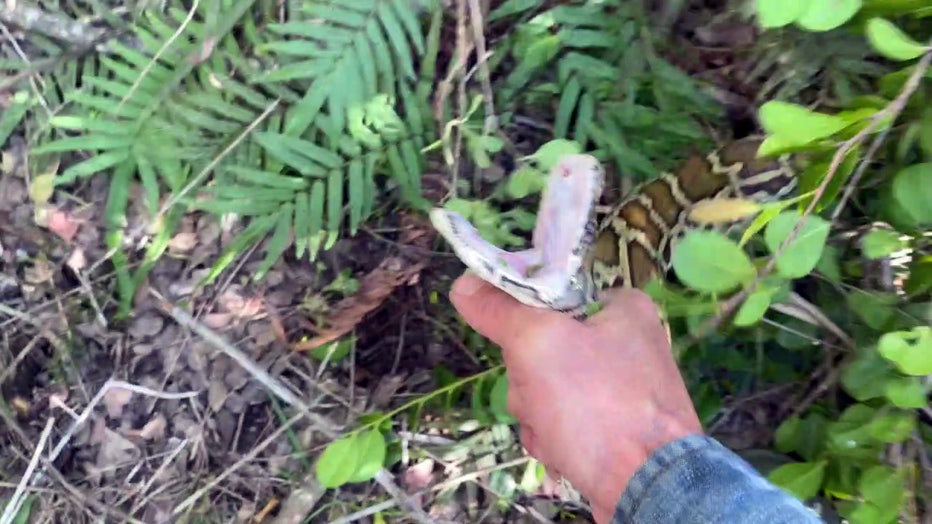 Currently, the state of Florida does not allow state-contracted trappers to use dogs in any of its python programs, but Kimmel says he thinks the state should take the use of hunting dogs more seriously because of how effective they are.

"In the short amount of time since I’ve started to use Moose, he’s been extremely successful," Kimmel said. "Using dogs, using new technologies is going to be a game-changer. These pythons are adapting and we need to adapt with them." 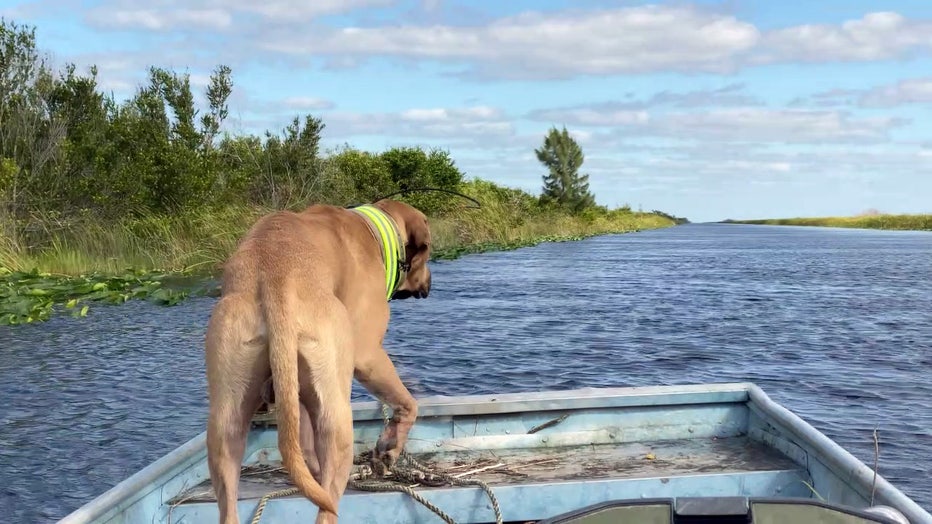 LINK: You can find all of Mike Kimmel’s python-hunting adventures on YouTube.

Aaron Brown was driving when he spotted something on his family's property that required a second look. It turned out to be a 16-foot Burmese python with 100 eggs inside.