BRADENTON, Fla. - Like most people, Candace Hames is working from home at her apartment at The Lory of Braden River. But something in her attic has been stirring.

The noises sound exactly like what you might expect if there were animals scurrying around overhead. It's so loud, Hames was able to record the sounds with her phone.

This is not a new problem, however. Hames says there are raccoons in the attic and they've been at it for a year and a half.

She made her first maintenance request in late 2018 and several others since. After his report, managers at The Lory of Braden River said they were "actively working with vendor partners to humanely relocate the raccoons," and are taking other steps to try and limit the animals' access to buildings. 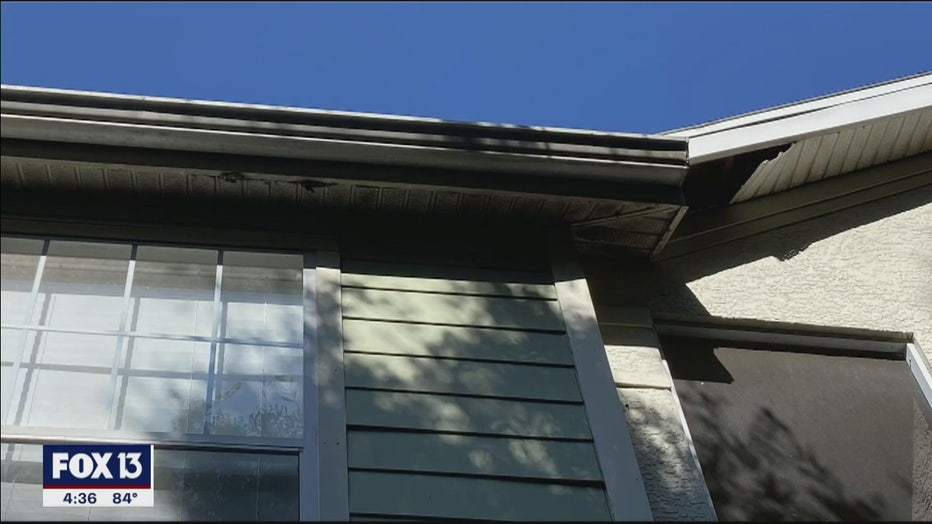 "I think you're going to have to get some wildlife management out here to physically remove these animals and then seal up those holes that are there so more wildlife doesn't return," Hames said.

She's even caught one of the raccoons in action as it climbed up a tree and onto the roof.

Hames wants The Lory of Braden River to deal with the problem soon.

"In order to go to sleep, I have to put in earplugs and lock my bedroom door because I’m afraid they’re going to fall down from my ceiling and I’m going to wake up with a raccoon in my bed... It’s going to be comical after I get it resolved," she said.

FOX 13 reached out to The Lory of Braden River by email and phone but did not receive a response.