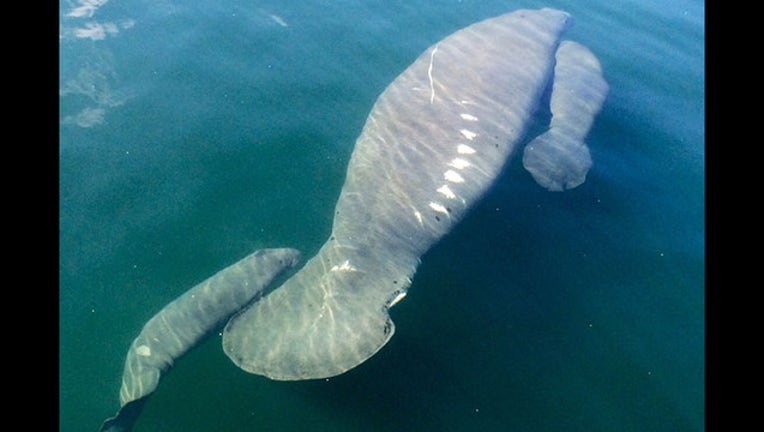 A rare set of manatee twins have been spotted in a local spring!

Florida manatees are listed as endangered, and wildlife officials say while only two percent of all manatee births result in twins, it’s even rarer for the babies and their mother to be spotted in a Florida spring.

"In the past 10 years, maybe I've spotted a dozen set of twins, but never once have I seen them in the springs- nor have I seen a mother and her calves quite so visible in Homosassa waters," said FWS Visitor Services Specialist, Ivan Vicente. "That's because nursing mothers usually isolate themselves in low-trafficked areas to keep the calves protected from mainly people, only this time they aren't as isolated."

Making the sighting even more uncommon, experts say, is that it happened in the summer.

"While the winter months draw the largest number of manatees to Crystal River, manatee spotting in the summertime is particularly special because that's when you can see, and actually swim, with the babies," said Adam Thomas, Citrus County Visitors & Convention Bureau Director. "Citrus County is the only place in the United States where you can legally get in the water and swim with the manatees in the winter months, and words truly cannot express how amazing it is to be graced by one of these gentle giants, especially when you see twins swimming alongside Mom."

Vicente predicts the mother will remain in the protective springs of Homosassa for the next few weeks, until she feels confident enough to introduce her calves to coastal areas along the Gulf of Mexico.

Like their large, fully-aquatic, herbivorous relatives, wildlife officials say the twins could grow up to be 13 feet long, and weight up to 1,300 pounds. They may also live up to 80 years in the wild.