TAMPA, Fla. - As the "Rays Up" playoff banner came down over Tampa City Hall, so too did the questions about the team's future in Tampa Bay.

"I think we're going to get closer, we’re going to do everything we can to make sure the Tampa Bay Rays stay in this area," insisted Tampa Mayor Jane Castor.

Team officials left without making any comments Monday. It’s no secret they're still supporting the idea of a split season between Tampa Bay and Montreal once the Tropicana Field lease expires in 2027.  The team was even going to promote it during home playoff games – a plan they eventually backed down from. 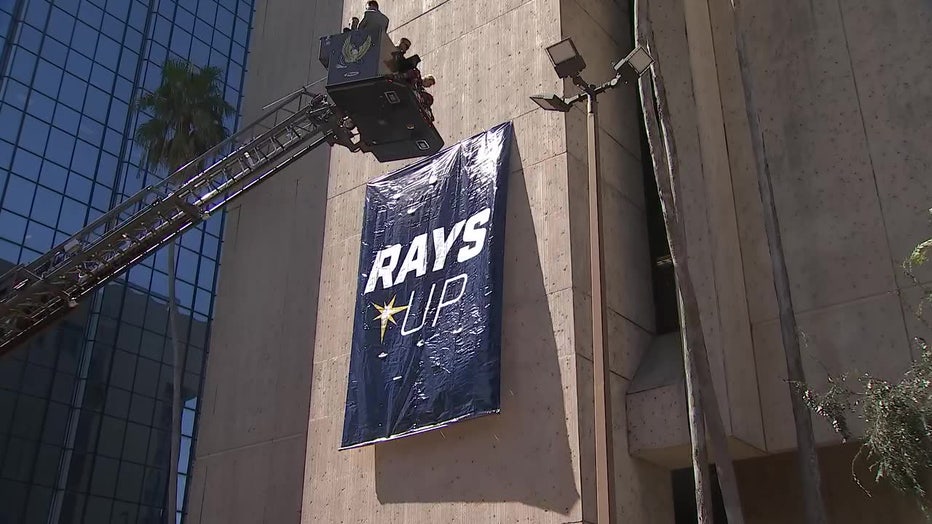 "The vast majority of our fans go to between one and three games each year. If we can get those fans to go to the same number of games at a new, outdoor, state-of-the-art facility, and do the same thing in Montreal, we will have doubled our attendance," Auld said.  "We have concluded it is next to impossible that full-season baseball can succeed in Tampa Bay today."

The Tampa Bay Rays are streaking towards the playoffs while the team's president makes a sustained public push to gather support for their split season idea with Montreal.

For many, that's a tough pill to swallow especially as the Rays look to make another deep postseason run following the franchise's record-setting regular season.

The mayor was asked about whether the city or the team had narrowed down a potential stadium location in Tampa.

"That’s a question for the Rays," Castor said. "I know they've got a couple of great spots in the city of Tampa and probably elsewhere."