Vigil for Reche Caldwell as police continue search for killer

A vigil was held Friday night for the 41-year-old who was killed on E. Hanna Ave. Saturday night, on the same ground he was shot and killed.

"It has been a week already and it hasn't gotten any easier," said Patsy Maccarone, the mother of Reche's girlfriend. "It is never going to be easy."

That is especially true because whoever killed him is out there. Loved ones have no idea why this happened.

"Reche was born and raised in Tampa," said Maccarone. "Everybody knew him. Anybody who came across Reche knew he was a good guy." 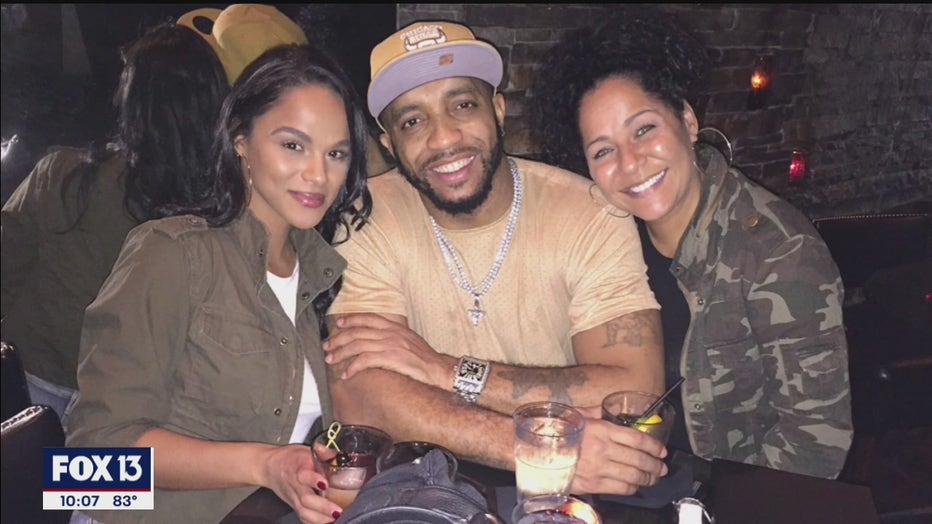 The graduate of Jefferson High School was well-known, not just because of his sunny disposition, but because he made it big, playing first for the Gators and then in the NFL for four teams, from 2002 to 2007.

PREVIOUS: Funeral for Reche Caldwell to be held June 20

Family and friends believe someone may have been trying to rob him. Police haven't confirmed that.

"They did not have to take his life," said Rolanda Denson, his cousin. "I am pretty sure he pleaded with them to not kill him because of his children, his mother."

Immediate family members are still too devastated to be in public.

A group of friends gathered to release balloons and Maccarone tried to explain what made Reche so special: a Tampa kid who lived his dreams to play on the biggest stage in sports and whose body was left near where those dreams were hatched. 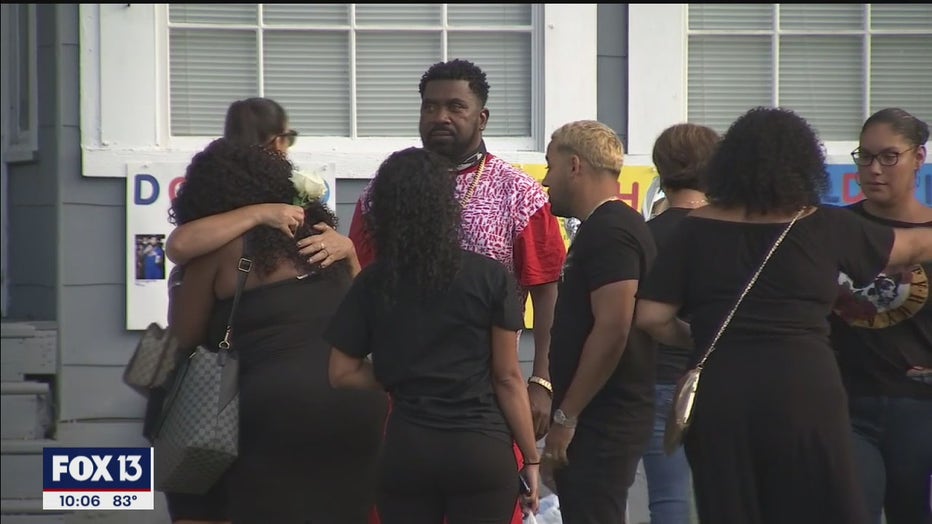 "For a mom to feel that way about a man, to have your daughter for eight years," said Maccarone. "That says a lot. Reche came into my life and from day one I loved him instantly."

Tampa police say they have not yet identified a person of interest.