Renters get help with moving from developer

TAMPA, Fla. - A Tampa developer is under contract to buy a low-cost housing complex north of downtown Tampa, and he’s willing to step in to help current residents in a big way.

After 52 years, nonprofit-owned Tampa Park Apartments is under contract to sell 12 acres of its property in 2021 to BluePearl Pet Hospital co-founder and CEO Darryl Shaw. Even though he isn’t the owner yet, Shaw said he will front about $800,000 in relocation costs for residents who will need to move.

“There’s a very significant history with the location in the African-American community,” said Shaw. “They were designed and built in such a way that it doesn’t make sense to renovate them.”

The property currently gives locals a low-cost housing option in a prime location that is nestled between downtown, Ybor City and Channelside. Tampa Park Apartments was once a top contender for a possible Rays baseball stadium.

“This is like the best spot because you can get right on the highway. You have the bus station near, so if you don't have a car or you can't pay for a car [it’s easy to access]. This is a beautiful space,” said Suzana Ruiz, who has lived in Tampa Park Apartments for about five years. 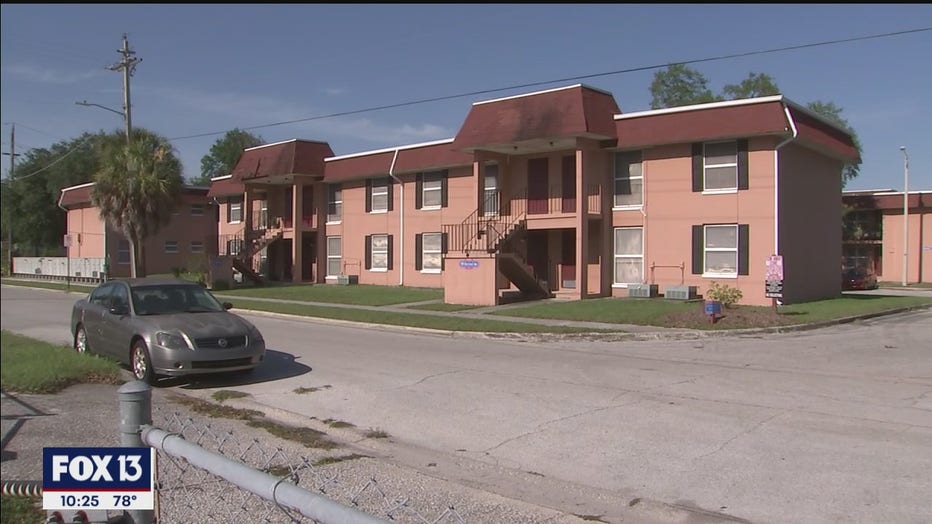 The property held steady until at least three failed HUD inspections revoked its Section 8 subsidy, forcing 170 families with vouchers to move out in 2018. The property took a financial hit and was no longer considered viable. So when the opportunity came for Tampa Park’s owner to sell, hundreds of families got their notice to move. Residents said they got the official word from the property in March, but they said discussions of a sale lingered for over a year.

Shaw said he is stepping up to help them transition because he thinks it’s the right thing to do.

“We are offering $500 upfront when somebody begins to look, and then we will pay their relocation fees, so their moving fees. Then after they relocate, [I will] provide them another $1000 to help with first month’s rent or security deposit,” said Shaw.

Residents said it’s a financial hardship for them to move, and they are thankful for the help.

“It's awesome, and I appreciate it so much because if he didn't, I don't know where I would be or where I would go,” said Jenny Moore, a resident of Tampa Park for eight years who found a new place to call home.

Shaw said he wants to be thoughtful about what comes next for the property, and residential redevelopment will be a priority.

He said it’s too early to say what specific plans he has in mind, but Shaw said he wants to meet the needs of the community while helping nearby Ybor City thrive.

“I think we want to contemplate what the area needs, what’s needed in the urban core,” said Shaw. “I think high on the list is attainable housing and how do we accomplish that? I know that’s important to the mayor. And the other component is transit. How does that work?”

FOX 13 reached out to the owner of Tampa Park Apartments for a comment but did not hear back.

The residents have until November 1 to move out, and Shaw said he is helping with the process from start to finish.