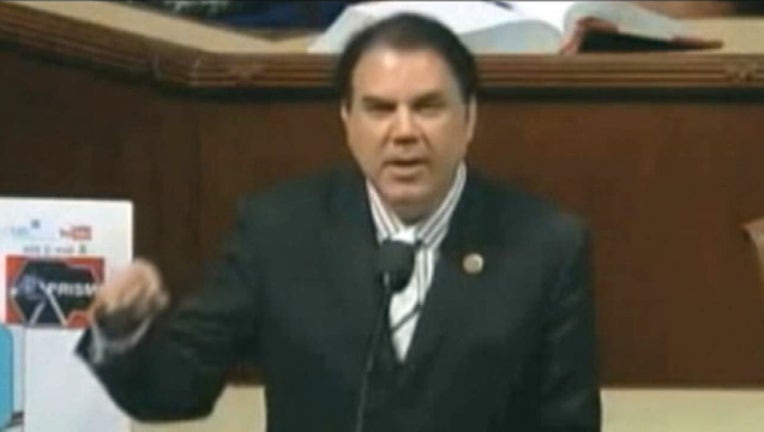 WASHINGTON (FOX 13) - While U.S. House ethics rules do not allow representatives to use congressional resources for campaign activities, FOX 13 confirmed U.S. Rep. Alan Grayson participated in a campaign-related media interview from his congressional office on September 25.

In an interview with host Nicole Sandler, Grayson discussed his campaign for U.S. Senate. He repeatedly attacked his Democratic primary opponent (U.S. Rep. Patrick Murphy), criticized party officials who aligned with Murphy, noted his campaign web site, and made his case for why people should vote for him.

In the audio interview, Grayson noted his location near the end of the exchange.

This follows a campaign-related interview Grayson granted to Huffington Post Live in July.

After that interview, Grayson's spokesman Ken Scudder said, "because of the hectic schedule, there was no alternative."  He added Grayson did that interview through a campaign computer that was in his congressional office, and there was no attempt to misuse government resources.

Back in July, he also noted, "the congressman will not do any more interviews in his government office regarding his campaign for the U.S. Senate."

When we asked Scudder to explain the campaign-related interview on September, he provided the following response:

"The interview was arranged to be about the Shut Down the Shutdowns Act, not the campaign. And, in fact, most of the interview was about that and other policy issues. In the course of the interview Nicole Sandler did ask a couple of campaign questions, which is allowed under House ethics rules. However, this was intended to be a non-campaign interview, and was for the most part."