TAMPA, Fla. - A replica of the Vietnam Veterans War Memorial has been set up at Tampa's Julian B. Lane Park. The wall is part of a series of events to celebrate and honor American veterans and first responders.

Each name has its own story behind it. It took a few minutes to find, but Tom Robinson found his uncle among the 58,000 names. Roy Ray Robinson died while serving in Vietnam at just 20 years old.

"That's one of the reason I joined the Army because of him," Tom Robinson said.

He would go on to serve for a quarter-century doing multiple tours of Iraq and Afghanistan. For Robinson, being up close to the replica Vietnam Veterans War Memorial stirs up feelings of honor and duty. 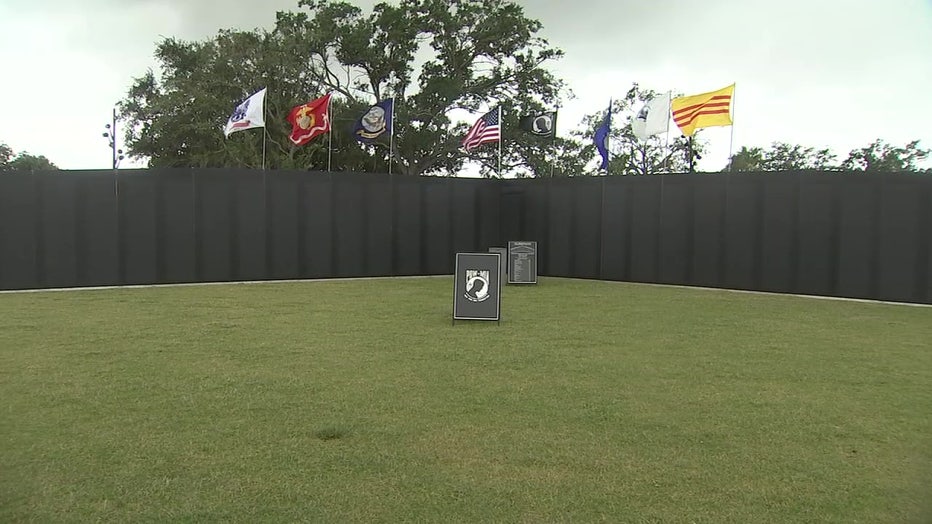 "You have to honor what these soldiers gave," he said.

The wall itself is an 80% scale replica of the original in Washington, DC. The Chapters Health Valor Program, which is a non-profit supporting Veterans and First Responders, is hosting it at Julian B. Lane Park. Viewing is free and open to the public.

"Not only are we reaching out to the veterans in the community that are familiar and have served, but we also want to introduce this to a younger population and get them involved in our history," said Clifton Pease, the Valor program manager.

The wall also features dedications to other American-involved conflicts as a way to honor the fallen, in our own backyard. 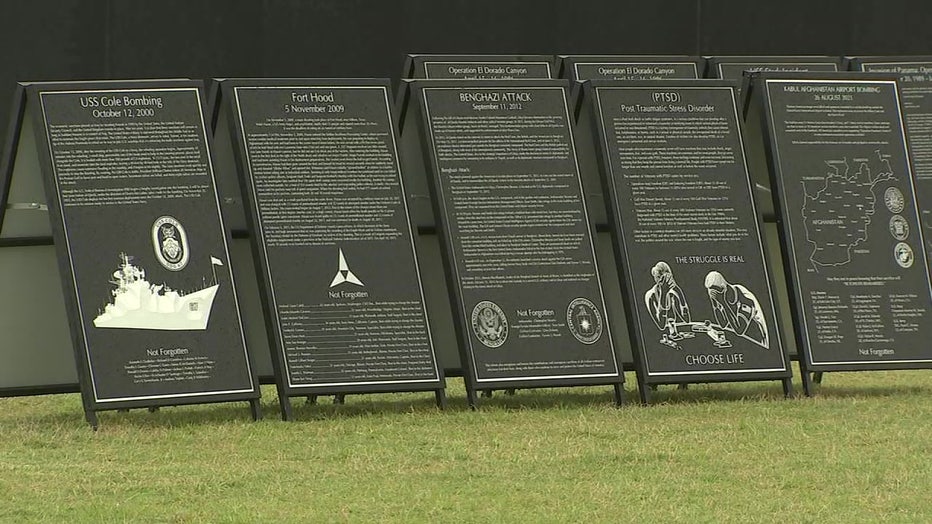 "For everybody to have a chance to come see this is probably a lifetime thing just to see it," said Robinson.

The memorial will remain at Julian B. Lane Park through Sunday afternoon.