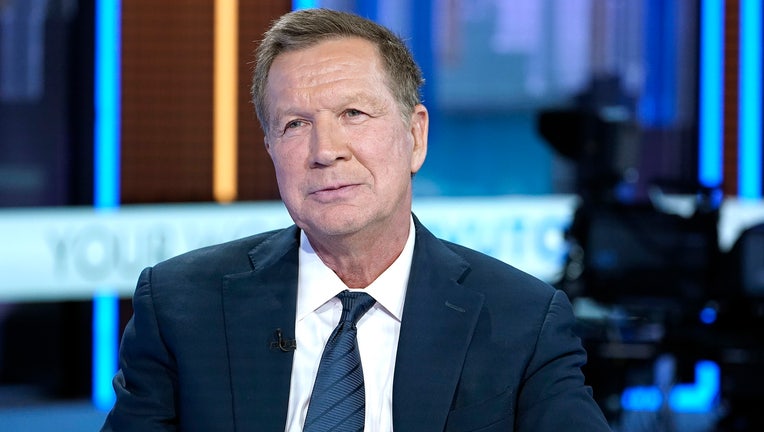 In the four months since Joe Biden effectively won the Democratic presidential nomination, he has focused on consolidating the party’s divergent and often warring factions. As the closing stretch of the campaign nears, that effort will expand to include Republicans disaffected with President Donald Trump.

Former Ohio Gov. John Kasich, a Republican and frequent Trump critic, has been approached and is expected to speak at the Democratic National Convention on Biden’s behalf next month, according to a person with direct knowledge of the plans who insisted on anonymity to discuss strategy. Kasich is among a handful of high-profile Republicans likely to become more active in supporting Biden in the fall.

Trump, meanwhile, is doing virtually nothing to expand his appeal beyond his most loyal supporters. Some GOP operatives believe the suburbs are lost while a contingent of high-profile Republicans are openly questioning the president’s reelection message. In an acknowledgment of the mounting challenges, Trump named a new campaign manager last week.

With about 100 days until Election Day, there’s time for sudden developments that could shift the trajectory of the campaign. The Friday announcement that Supreme Court Justice Ruth Bader Ginsburg’s cancer has returned was a reminder of the potential volatility ahead. In 2016 Trump effectively used the prospect of Supreme Court appointments to win over conservatives who otherwise found him distasteful.

And in crucial battleground states such as Florida, some Democrats are concerned that Biden’s current standing could be a high-water mark. Some polls suggest Biden’s strength comes more from voters’ displeasure with Trump than excitement over Biden, whose regular gaffes, long Washington record and recent attempts to appease progressives leave him in a tougher spot than some Democrats would like to believe.

Florida Agriculture Commissioner Nikki Fried, the only Democrat elected to statewide office there, praised Biden’s message and said he could appeal to rural and middle-class voters. But she says “it’s way too early” to predict a victory.

“As we get closer, polls are going to get tighter,” Fried said.

That happened in 2016 when Trump narrowly won the election after trailing Hillary Clinton in the polls for months. The Democrats’ reluctance to enjoy the current moment reflects the sting of that loss, Biden’s nagging vulnerabilities and Trump’s mountain of campaign cash.

Trump’s campaign has reserved $146 million in television advertising this fall led by a $36.3 million investment in Florida alone, according to data compiled by Advertising Analytics. That’s more than double the next closest state, Ohio, where Trump has reserved $18.4 million. Biden, so far, hasn’t reserved any fall advertising, although he’s amassed a fortune in recent months that will allow him to compete, even if he can’t match Trump dollar for dollar.

Trump this fall plans to spend big trying to flip at least three states Democrats carried in 2016, according to the advertising reserves, which show he’s investing $14 million in Minnesota, $6.7 million in New Hampshire and $6.1 million in Nevada.

While the specific ads have yet to be finalized, Trump’s team signaled it was preparing to ramp up attacks on Biden’s record and mental competence designed to “redefine” the lifelong politician and scare away tentative supporters. Underlying the strategy is a risky assumption that the coronavirus and related economic devastation will improve before voting begins.

“A lot of people know Joe Biden. They don’t know about Joe Biden’s record. Right now, he is this blank canvas,” said Nick Trainer, the Trump campaign’s director of delegates and party organization. “As they get more and more information about what Joe Biden’s done and what he’ll do, I’m more and more confident.”

With early voting set to begin in several states in just two months, however, there are no signs yet that the strategy is helping Trump expand his support.

Republicans working on congressional races across several battleground states believe the nation’s suburbs, where higher-educated white voters have traditionally favored the GOP, are almost completely lost for Trump. These voters, they warn, are more intensely opposed to Trump’s reelection than they were during the 2018 midterm elections, when a suburban backlash allowed Democrats to seize the House majority.

Related: Fauci says attacks on him by some in White House 'only reflecting negatively on them'

The suburban shift is emblematic of Biden’s potential to expand the Democratic coalition to include more women, seniors and moderate Republicans, who may have reluctantly voted for Trump or a third-party candidate in 2016 but may vote for a Democrat in 2020 after watching Trump struggle to govern.

Biden’s team would not confirm specific discussions with Kasich, but deputy campaign manager Kate Bedingfield acknowledged the campaign has begun working with Republicans, just as it has worked with progressives in recent months. At the least, she said GOP backers could help mute Trump’s efforts to paint Biden as a tool of the left.

“In terms of Republican supporters, I think it speaks to a career of being able to work across the aisle, of being able to actually get things done,” Bedingfield said. “We welcome the support of anybody who’d rather see Joe Biden be president than Donald Trump.”

Trump’s Republican allies are finding it harder to defend his inconsistent leadership as the coronavirus explodes across the country. In a Sunday interview with Fox News, Trump defended his statement from earlier in the month that coronavirus would eventually “sort of just disappear.”

Former Wisconsin Gov. Scott Walker, a Trump supporter, praised the president’s recent decision to wear a face mask for the first time in public. He said Trump and his allies could help stop the spread of the virus and speed up the economic recovery if they embraced mask usage.

But Walker said he has no clear sense of Trump’s campaign message or political strategy. He encouraged Trump’s team to focus on Biden’s history of “saying or doing anything to get elected” instead of some of the attacks against his mental competence or links to his party’s left wing.

“They’ve got to be focused and disciplined — not go out on 100 different tangents,” Walker said in an interview.

Acknowledging concerns about his campaign, Trump named veteran GOP operative Bill Stepien as his new campaign manager. But the change is not expected to lead to major strategic shifts given that Stepien was already guiding much of the political operation and Trump himself ultimately drives the campaign.

Trump’s team believes the president will eventually benefit when the explosion of coronavirus infections begins to subside and the economy recovers.

So far, the numbers are moving in the opposite direction. The nation continues to break new records of daily infections and several states have scaled back reopening plans.

“Everybody everyday is now dealing with coronavirus in their personal lives,” he said in an interview. “Yeah, they’re going to blame Trump. They should. And there’s nothing he can do about it.”

Still, McAuliffe warned: “If any party can screw this up, it’s the Democratic Party.”