TAMPA, Fla. - Some South Tampa residents are concerned that one of their favorite leisure spots could get taken away. Emails show county officials have been considering closing the Gandy Boat Ramp overnight, a spot that’s always been open 24/7.

The culprit? An increase in after-dark street racing along the Gandy Bridge, and law enforcement says the boat ramp parking lot is where they congregate.

In an email provided to FOX 13, Forest Turbiville, Hillsborough County’s director of conservation and environmental lands, writes, “While it is not the County’s preference to place overnight gates at the Gandy Boat Ramp, we want to ensure the nighttime safety of the public driving on the Gandy Bridge. It is my hope that this issue can be resolved without installing gates.”

Charter boat captain Jason Dozier, who earns his living with early access to these waters, says he hasn't seen the proof of street racers on the Tampa side of the Gandy.

"I'm not sure what type of disturbances they're having here, but I'm not seeing it, and I'm here daily,” Dozier said.

He worries he’ll have to move elsewhere.

"A lot of times, I'm having to go out and get bait at 4:30 in the morning, so now I'm going to have to wait for someone to open the gate for me every day? It's going to put a lot of hardship and strain on my business." 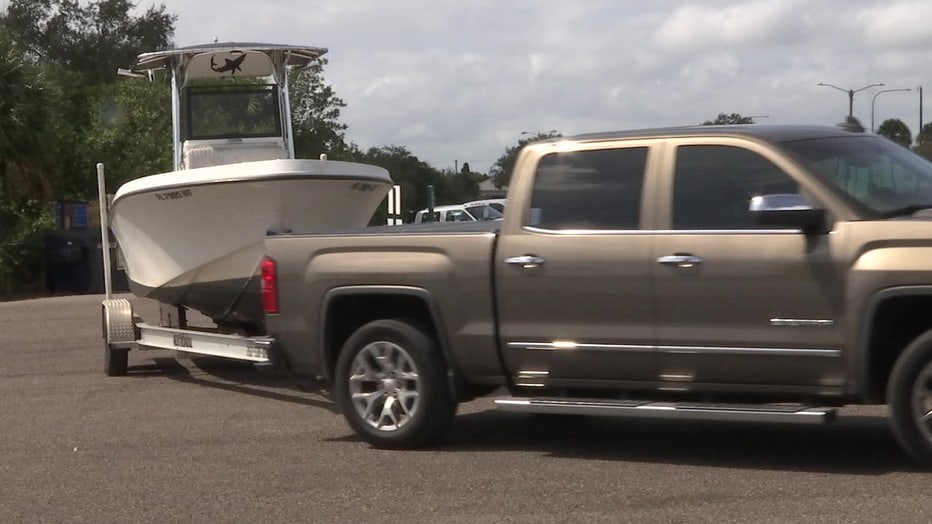 But it’s not just the fishermen. South Tampa couple Steve and Brenda Wyatt have been taking their boat out from the ramp for years. Brenda says the change could put a time limit on their cruises.

"Most times, we don't get back until 10 or 11 o'clock at night - especially in the summer, when the sun doesn't set until after 9 o'clock,” Brenda said. “There have been times where we've been out there until midnight. So we'd have to be back at the certain time."

Late Wednesday, after this story was published, county officials reached out to FOX 13 to say that they were no longer considering this option.

"Hillsborough County, Tampa Police Department, and Florida Department of Transportation representatives met Wednesday to address rampant speculation about the possibility of a gate at the Gandy Boat Ramp. There was never a plan to add a gate at this location and all parties agreed no such gate is needed," a county spokesperson insisted.

The county was set to meet with Tampa Police Department and the Florida Department of Transportation to see what other options could work.

At the boat ramp Wednesday, Steve Wyatt offered one solution.

“Post a security guard here, and if you're not fishing, or using anything with a boat, you can't hang out. There’s no loitering,” he said.