CLEARWATER BEACH, Fla. - A couple's trip to Clearwater Beach almost ended in sadness after the husband lost his wedding band.

But once the two alerted police about what happened, a major effort unfolded and a group of kind-hearted crusaders came to the rescue.

Imke Borawski, in tears, was reunited with her husband, Tobias' wedding ring.

It had been with them through their 17 years of marriage until they lost it on Clearwater Beach the day after Thanksgiving.

Clearwater police directed the couple to the Suncoast Research and Recovery Club, a chapter of an international group called The Ring Finders. 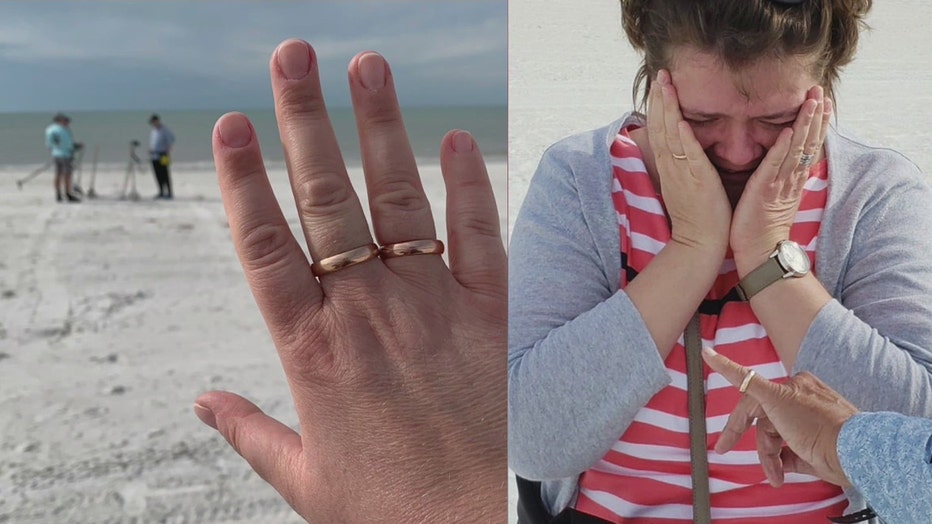 “This was her husband's wedding band and they had matching wedding bands,” explained searcher Howard Metts. “In most of these hunts most people think, ‘My ring is gone. I’m not going to see it again.” And this is just one of those happy endings.”

Six days after losing the band, Metts and two others went to work retracing the couple’s steps from the water to the parking lot.

In less than an hour, they found the ring in the sand about 80 feet from the water.

“She put her hands to her face and just broke down crying. She did not expect us to find the ring,” Metts said.

In the last nine years, The Ring Finders have used metal detectors to return 607 items to their owners, mostly rings. Some ring finders charge a fee, but they don’t. 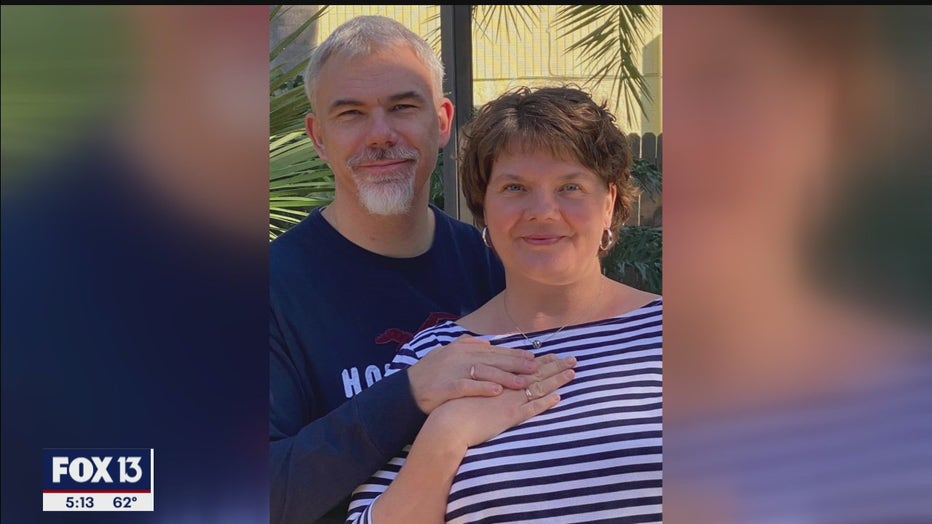