How to protect high rises from Erosion

TAMPA, Fla. - Homes that were once beachfront property collapsed into the Atlantic Ocean in the wake of Hurricane Nicole's landfall on Florida's east coast. That same risk of beach erosion also exists in the Tampa Bay area.

The beach is more than sand and surf. Engineers and geologists said it’s a living thing that moves with nature. So when storms like Hurricane Nicole come through, fierce waves wash away coastal property.

"Beach erosion is part of the natural process of how beaches respond to storms and sea level rise," said Cheryl Hapke, a coastal geologist and research professor at the University of South Florida’s College of Marine Science. "When we build things on them to hold them in place, that's when the trouble starts."

Coastal homes and high rises are on the brink of collapse on the east coast, and scientists said the Tampa Bay area has similar risks on its barrier islands with the threat of flooding and storm surge. 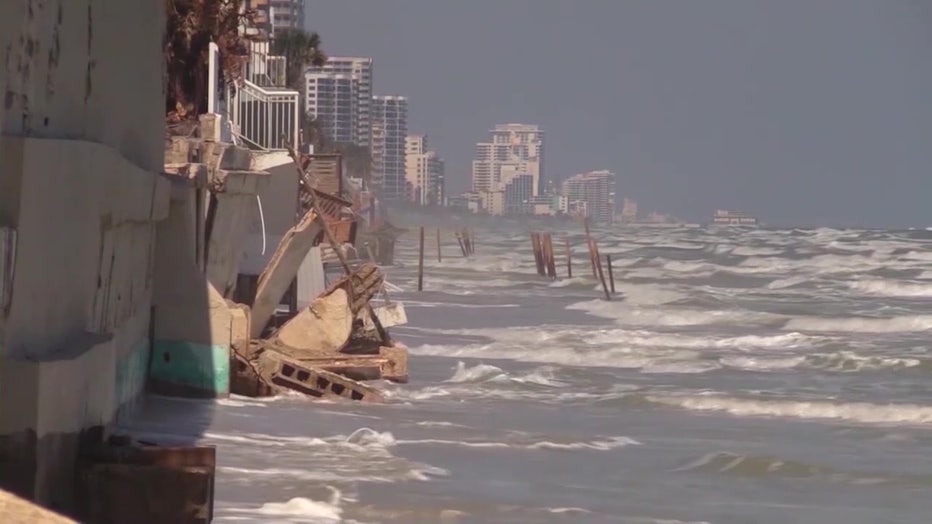 "In condos and high rises, people might live on a high floor. But if the first two floors or even the first floor is flooded, it's going to be difficult to get out. So, you could be trapped," said Hapke.

To protect against beach erosion, it starts at the foundation. Foundation Professionals of Florida said the company sees a lot of soil loss from erosion, so more support can go into the start of construction.

"As far as the foundations of the homes, there could be more put into that at the beginning of construction to help. Even if the soil erosion does get that bad, it can still have substantial support," said Kirk Davis, the production manager with Foundation Professionals of Florida. "They could get put on pre-construction helical piles and that could be the support if the soil does happen to get undermined or the sea wall giveaway even with a house that is on the coast or waterways or anything like that."

Engineers said supports need to get solid bedrock, and it helps if there’s something in front to dampen the impact of the energy from the waves.

"Why do we care about the energy? Because it’s that energy that pulls and tugs on the sand itself," said Nicholas Albergo, senior advisor at GHD engineering in Tampa, and a professor with USF’s civil and environmental engineering department. "When the energy hits a sea wall, the response is quite aggressive in the opposite direction. And so, it’s not unusual that you’ll lose the beach in front of the seawall." 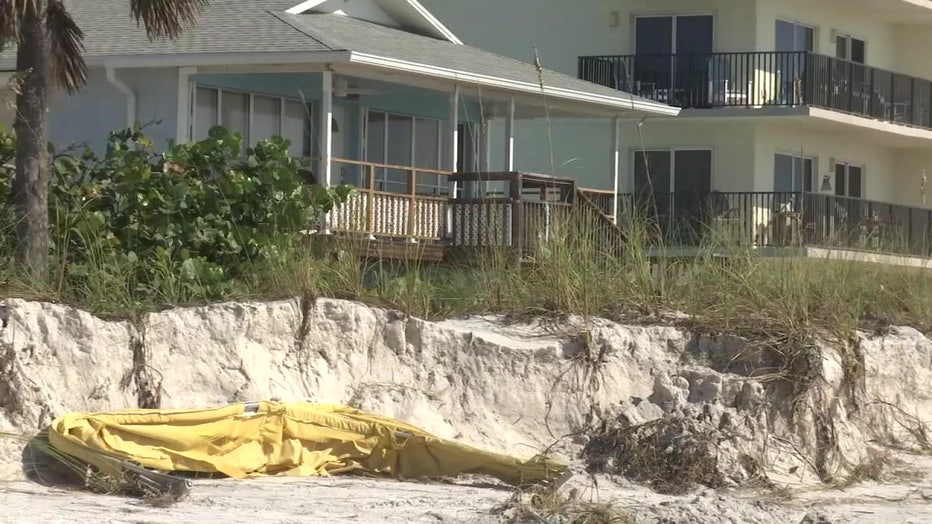 So Albergo said engineering helps along with natural solutions like sand dunes.

"It would be more desirable to use a more natural approach that actually tries to withhold the soils and sands or at least downgrade the energy without stopping it completely," said Albergo.

Even after doing all of those steps to protect property, geologists said not building on the beach is the best answer to prevent beach erosion.

"But the reality of it is, and it's really hard for people to wrap their heads around, is that there is going to be a time in the future when it's going to be extremely difficult to sustain living on an island, especially barrier islands," said Hapke. "I come back to the idea that not building so close or right on the beaches is an answer that we may have to grapple with in the future."

If you have beachfront property, foundation experts said the homeowners should do preventative maintenance.

"Keep up with your walls and keep up with things that are settling on your home, so it doesn't become one of these catastrophic failures," said Davis. "You have to have a week, maybe tops to prepare for [storms]. So if you're doing your preventative maintenance through and through, you can make your materials and your home safe when this does end up happening."