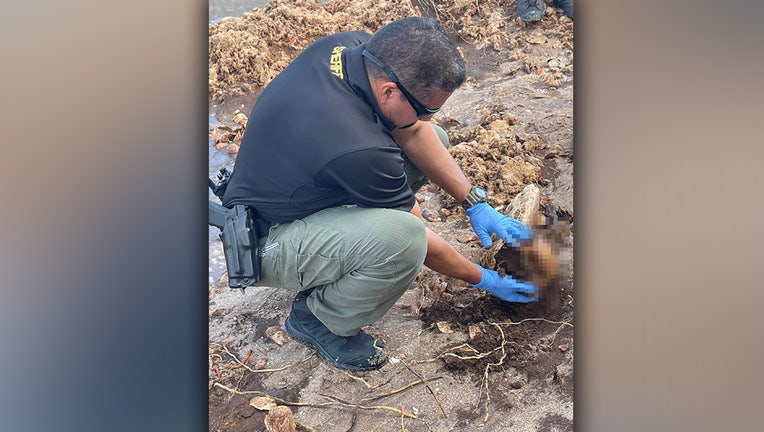 The Martin County Sheriff's Office said crime scene technicians and its criminal investigations team were responding to a beach on Hutchinson Island, near Stuart, Thursday afternoon.

According to the sheriff's office, Nicole's strong winds and storm surge appeared to have churned up the sand in the area, unearthing the remains of multiple bodies.

The remains are believed to be from a Native American burial ground located in the same vicinity, investigators said.

"We are working as if it’s a crime scene out of an abundance of caution," Martin County Sheriff's Office chief John Budensiek told WPBF. "These remains would normally be about eight feet under the beach floor here so it’s most likely an Indian burial ground." 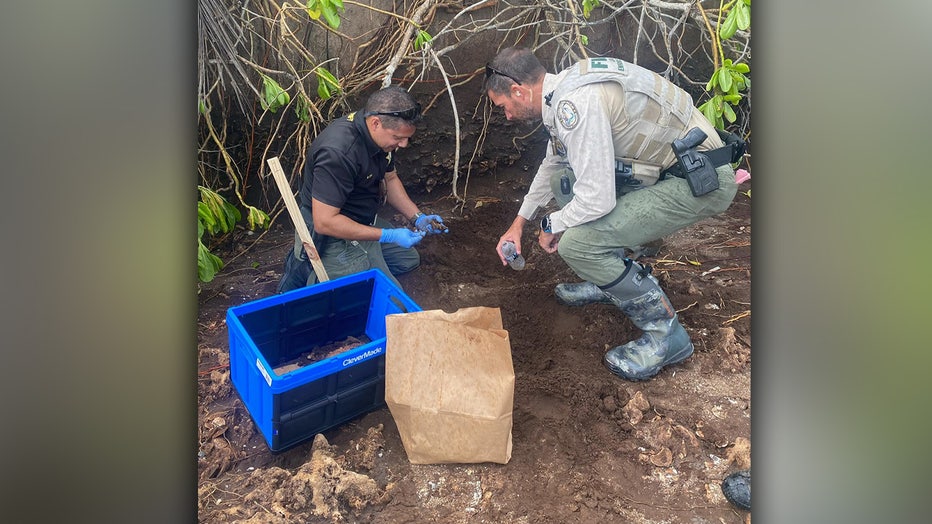 So far, the sheriff's office said the remains of six bodies have been unearthed by the storm.

Investigators told the news outlet that the Native American burial ground is also federally protected land, which forbids anyone from digging for ancient artifacts or human remains.

"Detectives are working diligently to preserve and carefully remove the remains that are exposed with the utmost care and respect," the agency wrote.

The remains will then be transferred to the Medical Examiner's Office before being taken to the Bureau of Archaeological Research under the Florida Department of State.

Editor's note: About an hour after posting about the discovery on Hutchinson Island to their Facebook page, the Martin County Sheriff's Office deleted their post and photos. FOX 13 has reached out to the sheriff's office for comment.