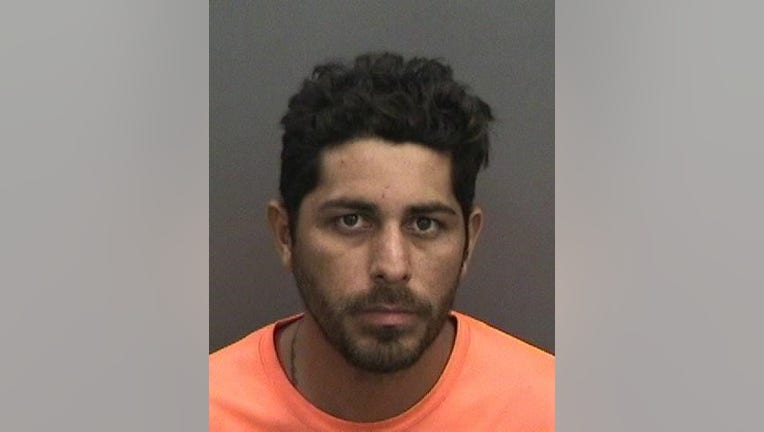 RIVERVIEW, Fla. - A 31-year-old man is accused of entering a woman's home while she was showering in order to open her bedroom window curtains, deputies said.

Hillsborough County deputies arrested Anthony Garcia, saying he forced open a rear sliding glass door at the victim's home within the Retreat at Crosstown Apartments, located off of Causeway Boulevard. The incident occurred on June 5.

Investigators said after entering, he opened the window curtains for the victim's bedroom before running out of the apartment.

The victim was in the shower at the time, heard someone inside her apartment, and covered herself before exiting the bathroom, deputies said. That's when she saw the dark silhouette of a large man outside her bedroom window.

Detectives eventually identified Garcia as the suspect through fingerprints.

"This was a terrifying experience for this victim and we are currently investigating other similar incidents in the same area," Sheriff Chad Chronister said in a statement. "Mr. Garcia matches the description in those incidents and additional charges are pending. We believe we got the man that was violating these residents' privacy and their peace of mind."

Garcia faces charges of burglary during a state of emergency and voyeurism.

Anyone else who thinks they can be a victim of Garcia is asked to call the Hillsborough County Sheriff's Office at 813-247-8200.