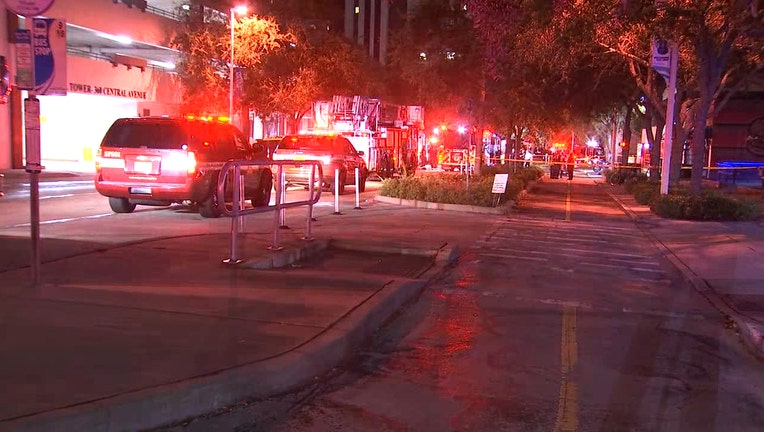 A fire started on the roof of "The Avenue," which is known for its burgers in downtown St. Petersburg. (FOX 13 News)

ST. PETERSBURG, Fla. - Three employees were inside a popular downtown St. Petersburg restaurant when a fire broke out.

Early Wednesday morning, firefighters received word of a fire at “The Avenue,” a restaurant known for its burgers, and is located on 1st Street South. The Fire Marshal told FOX 13 the flames started in the roof, and crews were able to put them out quickly.

There were no injuries and there was minimal damage.