Roy Leep recorded this video to be shared with schools back in late 1975. He explains the latest weather technology at the time: How WTVT’s radar worked, the GOES satellite receiving station, teletype and facsimile data, lightning detection, and more. Roy also offers a tour of the ‘Pulse 13 News’ set, and even has some advice for young students interested in a career in meteorology.

TAMPA, Fla. - Longtime WTVT chief meteorologist Roy Leep, who helped pioneer the use of radar to detect storms and warn viewers, passed away Tuesday at the age of 88.

Roy was a fixture on Bay Area television for decades. Following a stint in the Air Force, WTVT lured the Kentucky native away from his studies at Florida State University in 1957, just two years after the station began broadcasting.

"At first I was reluctant to interview for the job since I had not completed my degree, but WTVT insisted," Roy later recalled. "I flew down one weekend early in August 1957, for an interview.  I started later that month, working with Channel 13 chief meteorologist Charlie Stump." 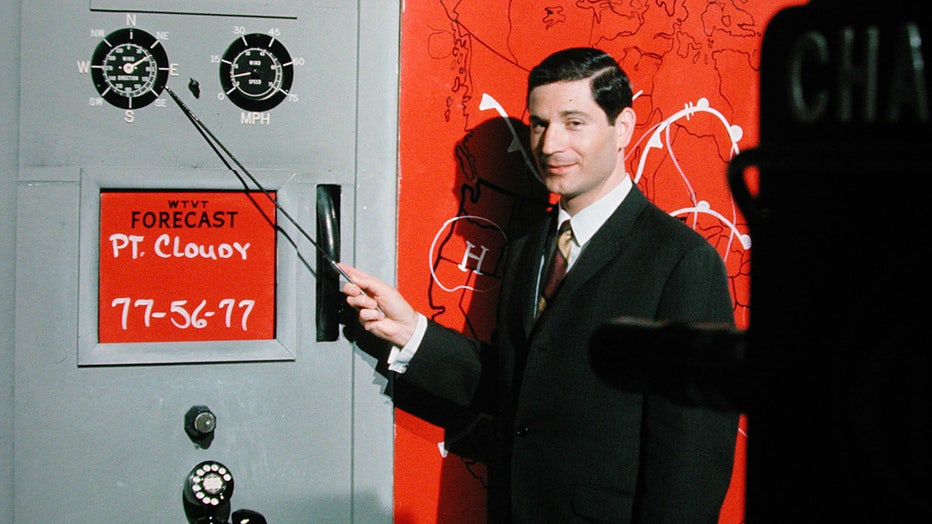 Roy took over as chief meteorologist in 1959 and installed Florida’s first television station radar, which remained the only such radar in the state for 10 years.

During that time, weather reports on WTVT often lasted for six or seven minutes, unlike most other TV stations. He was among the first group of broadcast meteorologists in the country to earn the American Meteorological Society seal, the proud owner of AMS seal number 10. 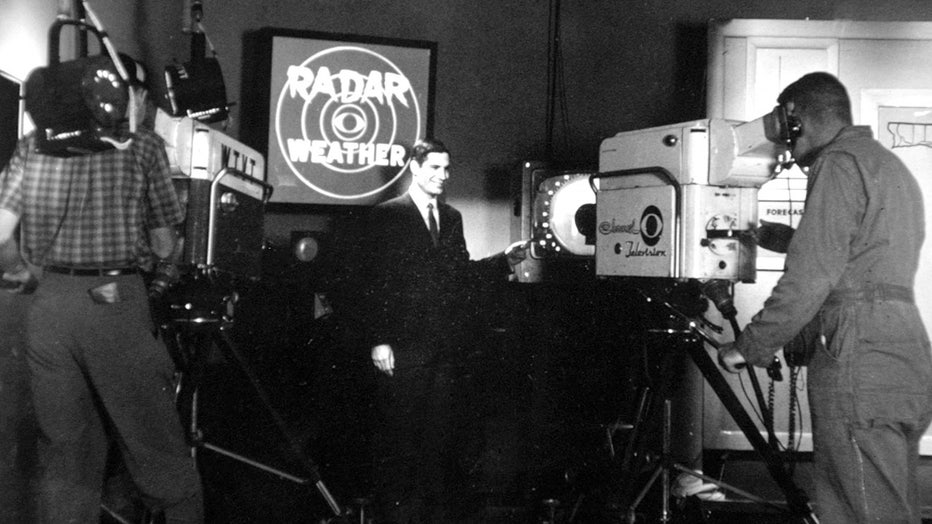 Roy continued to innovate, adding satellite connectivity in 1965 and direct downloads of GOES weather satellite imagery a decade after that. He also strapped in to fly with the Hurricane Hunters multiple times.

Under his direction, WTVT began publishing annual hurricane guides, helping Floridians prepare for storm season, and he often made materials available for teachers and students interested in pursuing a career in meteorology. 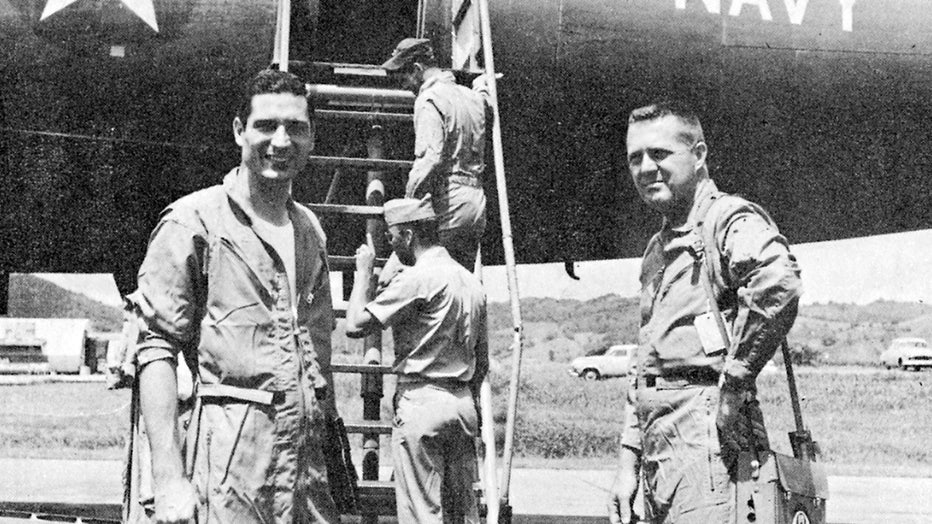 Eventually, computer screens replaced the hand-drawn maps and pointers Roy and his other meteorologists used in their forecasts.

Many viewers remember Roy’s canine sidekick Scud, who often appeared in Roy’s segments and was so popular that the terrier was featured in annual calendars. 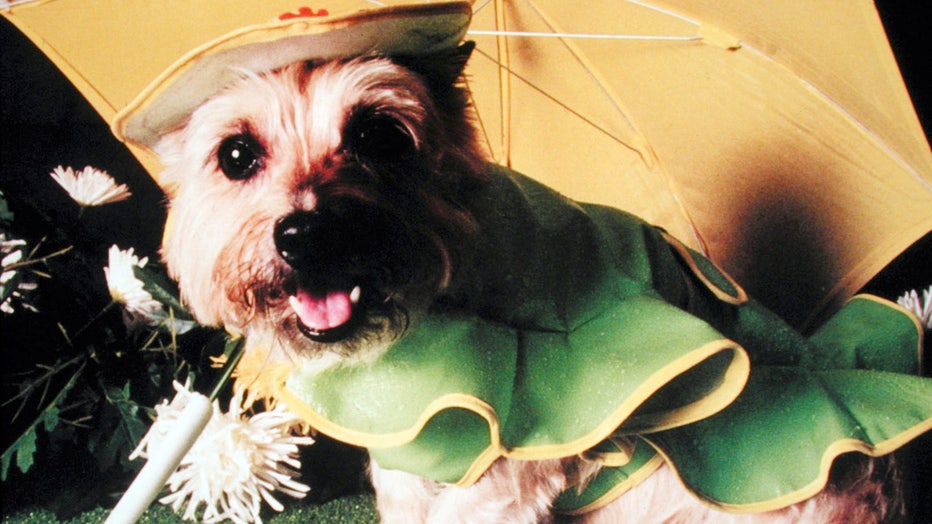 Roy's terrier Scud was featured in weather-themed calendars for years.

Roy retired in 1997, after which the weather center was renamed in his honor. A plaque still hangs on the wall at the station, identifying the "Roy Leep Weather Facility," and several of Scud's calendars still adorn the walls.

"I had some big shoes to fill," offered current chief meteorologist Paul Dellegatto, who took that role when Roy retired. "And every day I come to work, I say, let's keep that legacy going."

"There was one thunderstorm I remember vividly, it was the smallest you had seen the longest time. He wasn't excited about it, but he was very serious, very deliberate with it on air and in his words. He said, ‘If it only affects one person, I need to let them know about it,’" recalled FOX 13 anchor Mark Wilson.

"Because of Roy, everybody turned to our station when we had big weather going on in the Tampa Bay area because there weren't other outlets into the mid '90s. I mean, you didn't have an app on your phone and no one had a home computer. So if there was a storm coming, the only place to turn to was local TV weather," offered Kelly Ring.

Even after his retirement, Roy’s fascination with weather continued. He built a forecasting station at his home in the University Village retirement community in Tampa, offering forecasts and weather updates to his fellow retirees, and kept in touch with staff at FOX 13 to follow the latest developments in weather technology.

From 2015: Roy Leep reflects on retirement

"We have two in-house television channels which are devoted to weather 24/7. I’m not on them pointing to maps…but it’s still being produced by me," Roy explained in a 2015 interview.

Jane, Roy’s wife of 25 years, said he had recently undergone several surgeries. He passed away Tuesday morning at AdventHealth Tampa.

"His legacy, it’s not only a local thing, what he’s done for science, what he’s done for meteorology, is known not only here in Tampa Bay, but around the world," Paul added. "We had visitors back in the ‘90s that would come here form Japan just to look at our weather operation. That’s the scope of Roy Leep."

WTVT chief meteorologist Roy Leep and anchor Leslie Spencer cut into programming with an update on Hurricane Andrew as it was making landfall in South Florida. Originally aired August 25, 1992.