TAMPA, Fla. - Floridians have been changing their clocks twice a year since 1970, but for the last several years, efforts have been made to stop the practice of falling back.

In March 2018, the Florida Legislature approved a bill, the Sunshine Protection Act, to keep Florida on Daylight Saving Time - permanently.

The problem is, it can't be enacted without congressional approval, which still hasn't happened.

“[The bill] has strong support in the House and in the Senate, the White House. The president said he would sign it,” Rubio said. “It’s my hope that Sunday, Nov. 3 will be the last time that we have to do this ridiculous changing of the clocks back and forth.”

Right now, individual states have to opt-out of Daylight Saving Time, putting them on Standard Time permanently, like Arizona and Hawaii.

In a run-up to the law’s signing in March 2018, Tampa Congresswoman Kathy Castor refused to call it a top-tier issue.

"You can't have one state on a different time zone compared to others on the East Coast, so, no, I don't see any action,” Castor said at the time.

Many sleep scientists are pushing for a permanent ban because of potential ill effects on human health, pointing to one study out of Scandinavia, which found an increase in people seeking help for depression after turning the clocks back to Standard Time in November. 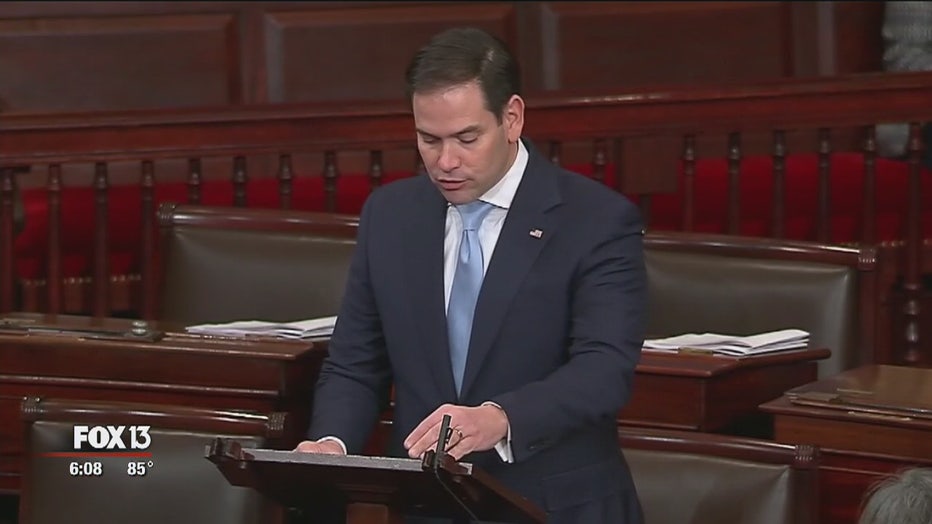 Research shows the springtime start of Daylight Saving Time may be more harmful, linking it with more car accidents, heart attacks in vulnerable people, and other health problems that may persist throughout the time change.

Another study, completed in the U.S., found in the week following the spring switch to Daylight Saving Time, teens slept about two and a half hours less than the previous week. Many people never catch up during the subsequent six months.

While lawmakers and scientists have developed strong opinions on the topic, others haven’t given it much thought.

"I'm kind of ambivalent to it, to be honest," said Tampa resident Chris Revenaugh. “I like the extra hour of sleep after Halloween, but for the most part it doesn't really bother me that much.”