PALMETTO, Fla. - A carnival ride company is investigating after a woman says she slipped out of a safety bar on a ride at the Manatee County Fair.

The incident left the woman and her 10-year-old nephew terrified. 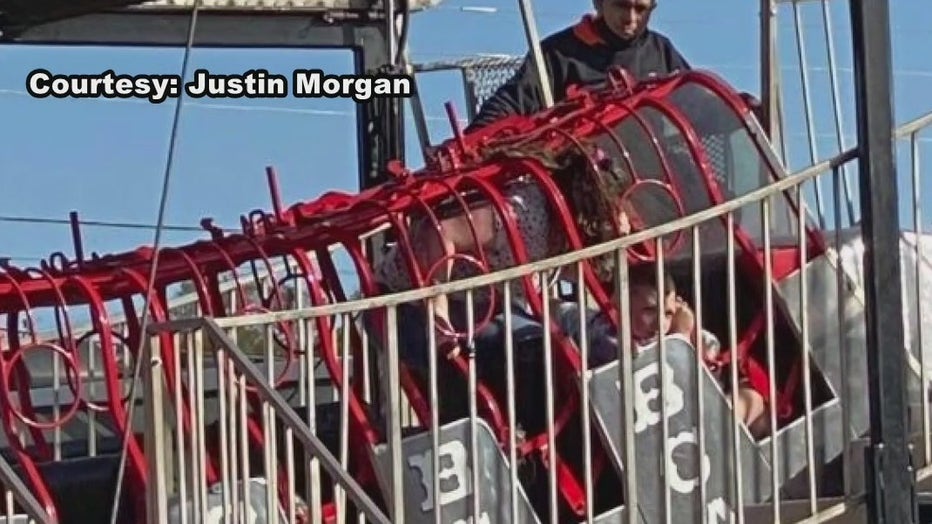 In photos, you can see Hepp stuck in the cage of the ride and no longer secured by the safety bar.

In another photo of Hepp, her brother, and her 10-year-old nephew moments before the incident, you can see the large blue padded safety bar. 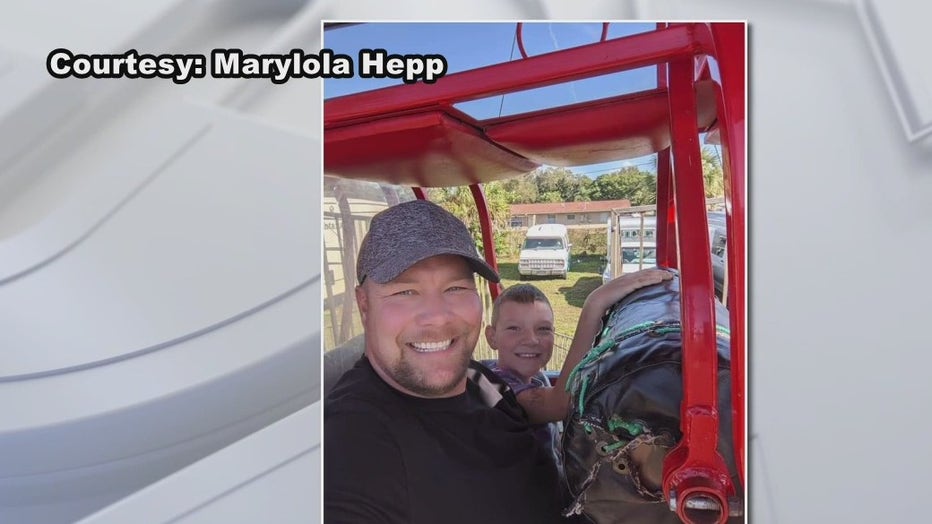 When the ride went upside down, that's when Hepp says she came out from behind the bar.

"My first thing I could think of was I smacking that plexiglass and screaming bloody murder, and [the carnival employee was] not paying any attention," Hepp said.

The incident happened Saturday on the Ring of Fire ride at the Manatee County Fair. Eventually, Hepp says her family and a bystander, Justin Morgan, jumped into action and alerted ride officials to stop the ride.

"I heard a terrified scream, as if someone was having a baby. I look over and a lady is stuck in between the seat and the cage and another boy and they have not stopped the ride yet," Morgan said.

Hepp says her doctor believes she may have injured her sciatic nerve. Meanwhile, her 10-year-old nephew is still shaken up and she worries he's showing signs of PTSD.

"I could only just hold onto my nephew. My nephew is trying to hold on to my leg. We're holding on to each other thinking this is it we're going to die and the guy is not listening to us screaming," Hepp said.

"What if that plexiglass had enough strength to hold me, but gave out on the next person as soon as it went upside down? It's not okay," Hepp said.

FOX 13 reached back out to the ride company late Monday to find out if the ride has been inspected since the incident. We're still waiting to hear back.