Samantha Markle says obsessed trolls will stop at nothing

TAMPA, Fla. - In an exclusive interview with FOX 13's Josh Cascio, Samantha Markle says she has been the subject of ongoing cyberbullying since 2018.

“It can be overwhelming,” Markle said.

Even inside the safety of her Polk County home, Markle says she often feels like a target.

“Sharing my address, sharing my private information, social security information, medical records, and some of these trolls will literally stop at nothing,” she said.

Markle is the half-sister of Duchess of Sussex Meghan Markle, who joined the British royal family when she married Prince Harry. Samantha and Meghan share the same father but have different mothers.

Several months ago, Samantha filed a criminal complaint with the Polk County Sheriff's Office, asking them to investigate repeated cyberbullying over the past couple of years. The sheriff's office says that investigation is ongoing.

Markle admits she is outspoken and, at times, critical of her sister. For example, Samantha tweeted that her sister "treated our family like crap…"

However, she says there are some who have taken their defense of the duchess to an unacceptable level.

“There are also people who are mentally unstable who take it to an irrational level; threats and spending their time, around the clock, obsessing about me,” Samantha says. “We need to be adults and agree to disagree. Just because you don't like someone or what they have to say, it doesn’t mean you harass them...I don’t think it is right that they're allowed to do it anonymously behind an avatar.” 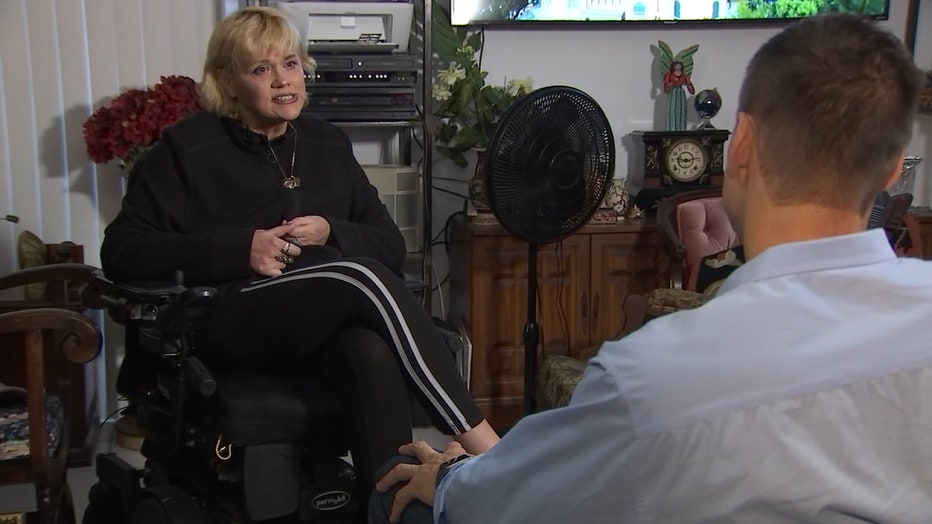 Markle says she does not even feel safe in her home in Polk County.

Samantha Markle does not hide when asked about her father's relationship with Meghan. She would like the two to reconcile their differences. He is 75; she says he's been through two heart attacks. Famously, he was not invited to the royal wedding.

“I’d like for them to be able to get together and for her to apologize and say, ‘Wow, my life was caught up in a media storm, but, Dad, I love you. I’m sorry this happened,’” she said.

As for the investigation, the sheriff’s office tells FOX 13 it is unclear how long it will last.