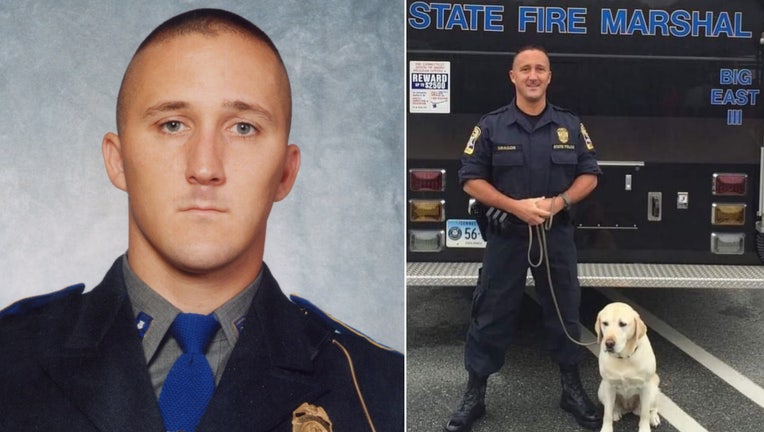 HARTFORD, Conn. - A retired Connecticut state trooper, who was one of the first to respond to the Sandy Hook massacre back in 2012, has died due to COVID-19, authorities said.

Dragon entered the police training academy in 1998, and was a first responder at Sandy Hook Elementary in Newtown during the mass shooting that killed 20 young children and six adults.

Dragon worked for the state police agency until his retirement in 2018. He then took a position as a police dispatcher in Foster, Rhode Island.

"The Foster Police Department has lost one of its own," Breit wrote on Facebook. "Patrick, who was a retired Connecticut State Trooper and Deputy Chief of the East Brooklyn, CT. Fire Department, was a great person, kind, caring and a friend to all who met him."

Dragon died at the age of 50, WCVB reports.