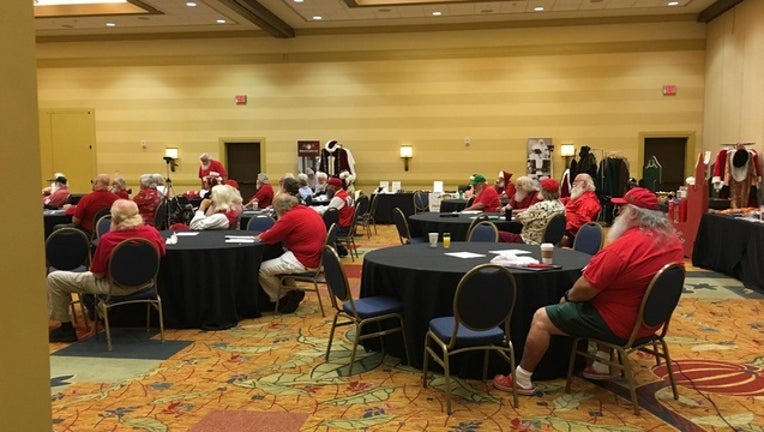 STONE MOUNTAIN, Ga. - Kids, we’re going to let you in a little secret that you probably figured out by now: The Santa at the mall isn’t the real one. We know, we were bummed when we first found this out as well, but he just can’t be everywhere at once. We mean, he’s magic, but he can’t do that.

So, what’s a jolly old elf to do when he needs to know what the good boys and good girls of the world want for Christmas? He hires body doubles. Those doubles are part of an elite Santa squad and this weekend at Stone Mountain, the Kris Kringle doppelgangers received special training in their task ahead.

Northern Lights Santa Academy, which touts itself online as the largest Santa Claus school in the Southeast, held a three-day conference which covered everything from live reindeers to how to talk to children with special needs.

The Santa army gathered in preparation for their deployment later this year.

And if you are wondering, there are about 14 weeks until the big day, but of course, Santa’s special forces will be deployed around Thanksgiving.