SARASOTA, Fla. - The Sarasota County School Board ended a recent meeting due to a disruptive public comment period. During last week’s meeting board members referenced public comment rules for order while parents say they felt censored.

"All of this started with the pandemic, when people were at home with their children and saw what they were learning or what they were not learning, and mothers and so forth became activists talking to each other," Dr. Susan MacManus, University of South Florida Distinguished University Professor said.

From mask mandates to virtual learning and now the content of textbooks, more parents are attending meetings to make their voices heard, but members said many don’t know the rules.

"It's a very difficult situation on both sides of the equation, it's difficult for both the school board members and for the parents who want to speak about something that's troubling them about their children," MacManus said.

In Sarasota, public comment on agenda items is heard prior to the board vote while non-agenda speakers speak after the board concludes its business agenda. 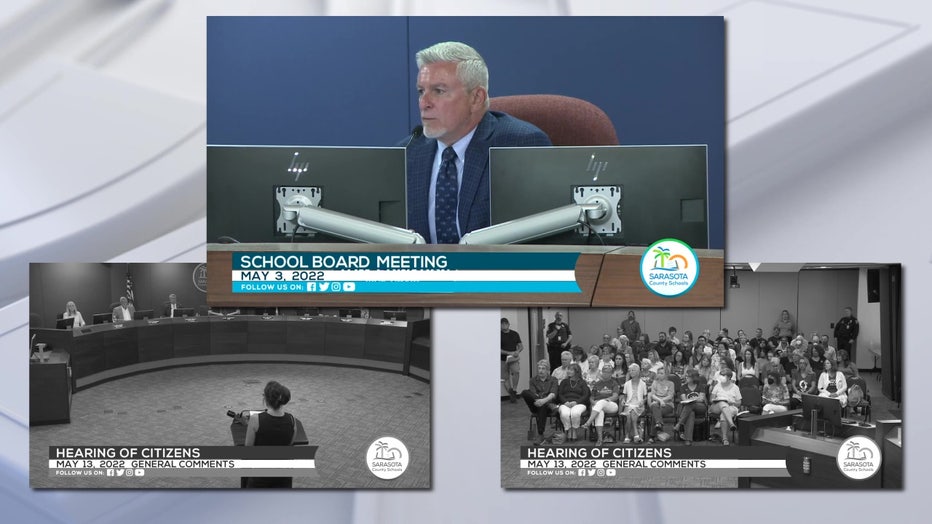 "When it comes to things like that having it diluted with the other types of comments makes it really hard when you’re trying to concentrate on specific agenda items, so I want to reiterate that," School Board Vice Chairman Tom Edwards said.

While the parents that spoke don’t agree with the policy, board members said it’s important to create an environment where everyone’s voice is heard.

"I think that starts with being able to listen uninterrupted to members of the public no matter what they have to say and working through all of those problems respectfully together," Board Member Bridget Ziegler said.

The Board’s next meeting is May 17.