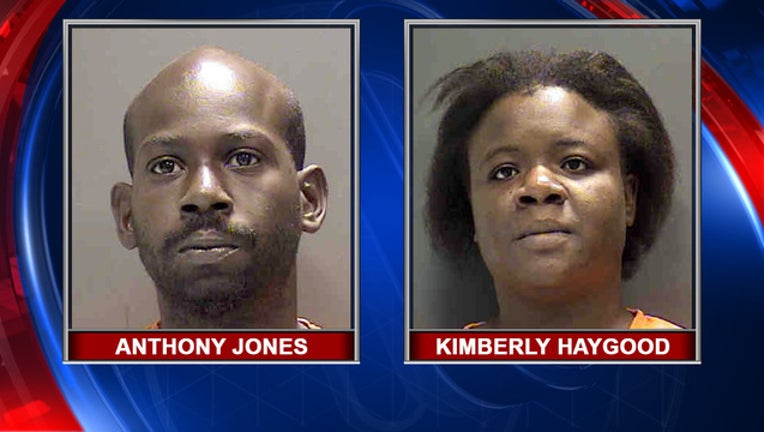 After being tipped off by a DCF investigator, detectives say they found Anthony Jones, 30, and Kimberly Haygood, 27, were beating their children and not feeding them.

Investigators say the 4-year-old boy weighed only 22 pounds when he was checked into All Children's Hospital.  Doctors told investigators 22 pounds is the average weight of an 11-month old baby.

Investigators also discovered multiple markings and scars "consistent with inflicted injury from a belt" on two of the children.

The couple also has a 6-year-old boy.