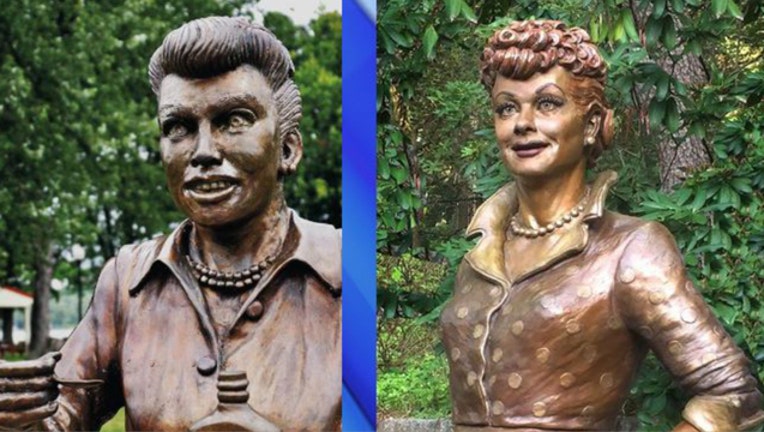 CELORON, N.Y. (FOX NEWS) - A new statue of Lucille Ball was unveiled in the late actress' hometown on Saturday to replace one that was so hated it was dubbed "Scary Lucy."

Hundreds of fans chanting "Lucy! Lucy!" gathered in Lucille Ball Memorial Park in the western New York village of Celoron to watch as the tarp was removed from the statue made by sculptor Carolyn Palmer.

An unflattering version by another artist was banished after detractors started a Facebook campaign named, "We Love Lucy! Get Rid of this Statue."

The earlier statue's creator, Dave Poulin, has said that he received death threats over the likeness. He apologized, calling his sculpture "unsettling," but his offer to redo it for free was declined.