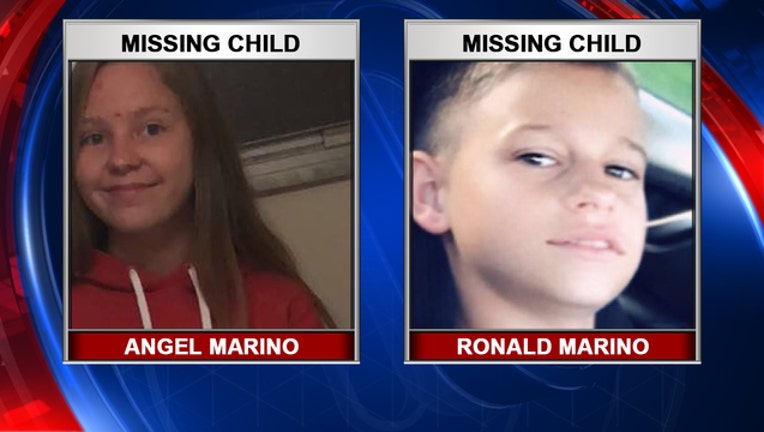 SEBRING (FOX 13) - UPDATE: Sebring police say the two children were found safe Friday morning. No other information has been provided.

Angel is described as a white female, 5’1 tall, weighs 96 pounds, with a thin build. She has blue eyes, long blonde hair that passes her shoulders and was last seen wearing a red Nike sweatshirt, black jeans with holes in the knees-area, and gray Nike tennis shoes. Police said she has a “strawberry mark” on the back of her neck.

Ronald is described as a white male, 5 feet tall, weighs 95 pounds and also has a thin build. He has brown eyes, short brown hair, and was last seen wearing a red sweatshirt with two vertical white stripes around both upper sleeves. He also has a similar strawberry mark on the back of his neck.

Anyone with information on their whereabouts are asked to call Detective Michael Hirsch with the Sebring Police Department at (863) 471-5108, or call 911.