Newly released security shows a Tesla crashing into the Greater Columbus Convention Center in Columbus, Ohio, causing between $250,000 and $350,000 worth of damage.

COLUMBUS, Ohio - Security cameras captured the moment a Tesla Model 3 jumped a curb and flew over a staircase before crashing into the Columbus, Ohio, convention center May 4.

The footage released this week by the Franklin County Convention Facilities Authority shows several angles of the accident.

The car, which belonged to a taxi company, can be seen hitting the curb and launching over a security planter and a 15-foot gap in front of the glass doors of the building.

An interior shot shows how it hit a support column and spun around before coming to a stop in the hall. No one in the building was injured, but several people can be seen in the video coming out of a room to see what happened.

The driver was taken to a hospital in stable condition and told police he had lost control of the brakes, WBNS reported. The Model 3 has the highest crash test ratings from both NHTSA and IIHS. 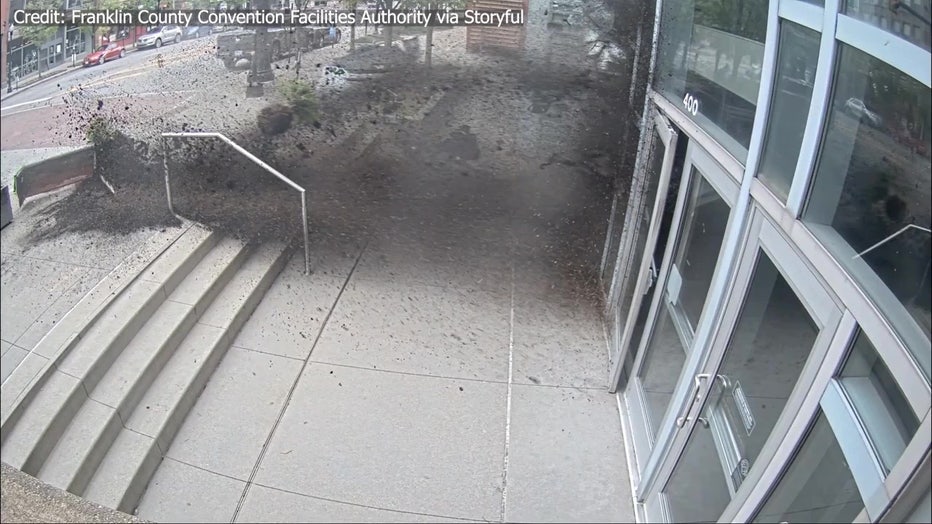 Witnesses said the car appeared to have sped up to make a yellow light down the block, according to a police report.

There was no mention of the use of Tesla's autopilot or full self-driving features, and the NTSB decided not to open a formal investigation into the technologies' involvement after reviewing the accident. 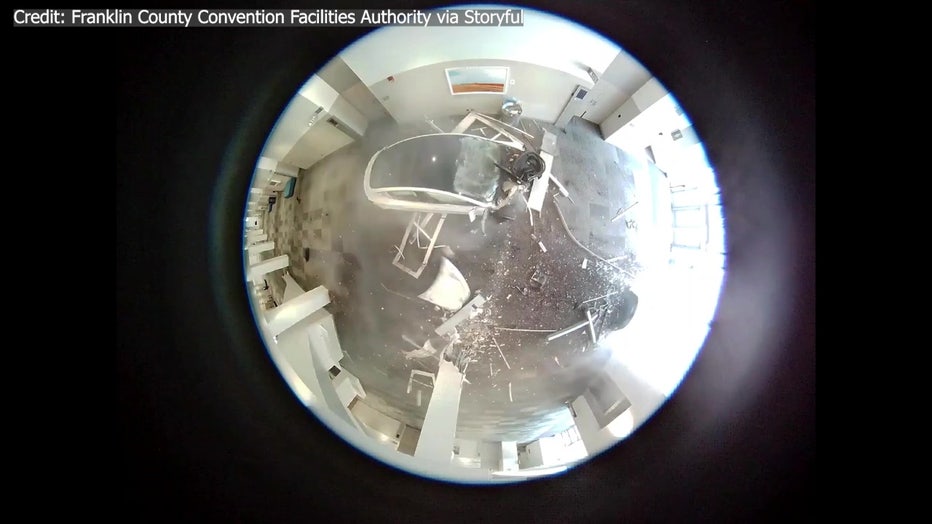